– The man said that the woman accepted his marriage proposal, saying their love is a true one

In a post he made on the platform, the man said that the love they have for each other is real. The attached photos show the woman all happy as she held a bouquet of flowers.

A part of the room floor they were in was designed with red balloons to create an atmosphere of love and coziness.

His tweet has gathered a lot of engagements on Twitter as men ask if there are still more women in the woman’s family. 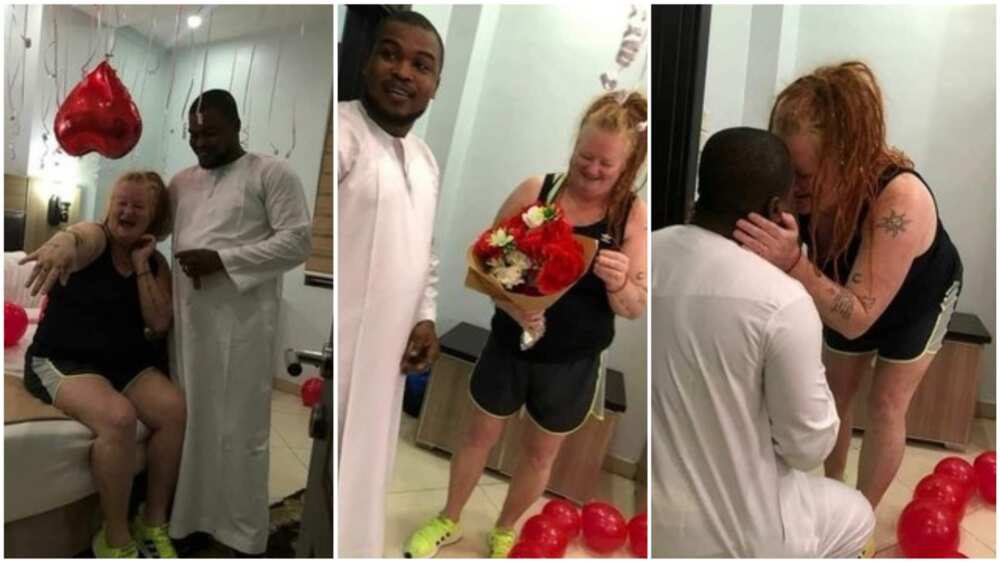 The woman appears happy in the photo following the proposal.
@Kaylechi
Source: Twitter

“Congratulations, abeg she get elder sister? The older the higher the currency.”

“Chairman, wow what a beautiful damsel, she looks like her mom. Please boss her mom still deh?”

“Omo u have secured your citizenship…What about the mother, is she still alive, am looking for a wife too.”

“What visa had joined together Let no immigration officer put asunder.”

“Moral lesson: any chance you get to travel abroad don’t come back without securing the green card, things are hard in this country.”

Meanwhile, Bioreports earlier reported that Another Nigerian man with the Twitter name Tare Brisibe got many talking on social media after he shared his wedding photo with his Romanian bride.

In a post he titled “To have and to hold”, he shared four pictures of the bride in a beautiful print as they both wore facemasks.

Many wished the couple well. While some Nigerians suggested that the marriage could be an arranged one for citizenship, others countered, saying the man married the person his heart wanted.