A Nigerian man with the Twitter handle @DaminaboEric has taken to the microblogging site to reflect on how he lost some money to popularly Ponzi scheme MMM, which made him cancel his wedding.

@DaminaboEric said he had to cancel his wedding in 2017 after losing some money to MMM, adding that he would have been married with kids if not for the Ponzi scheme.

He said Monday, September 28, made it three years since he fell victim to the scheme, which made some people rich and others poor. 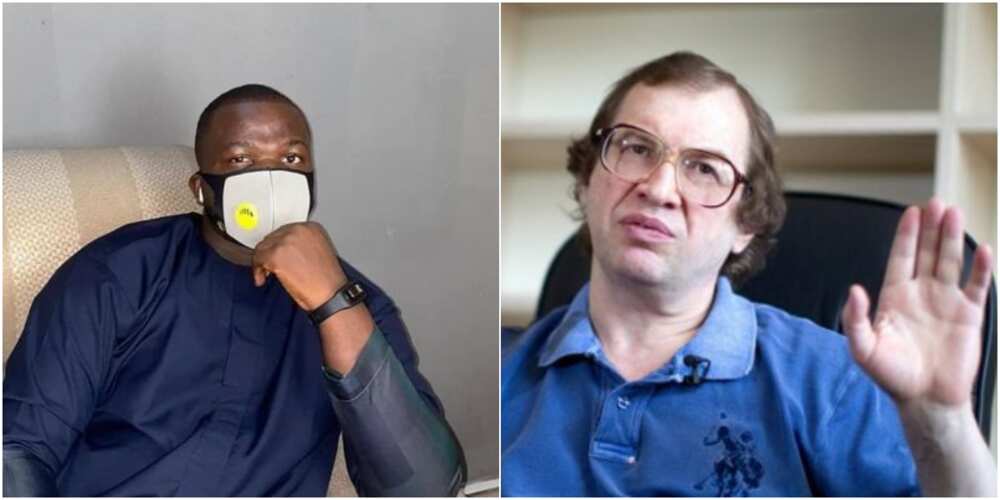 While some people became rich through MMM, others were wrecked financially. Photo credit: @DaminaboEric/Nexter.org
.

The young man went on to lay a curse on Sergey Mavrodi, the founder of the scheme, who died in 2018.

“Today makes it three years ‘MMM’ made me cancel my wedding, I would have been married with kids now Face with tears of joyBroken heart. Sergey Mavrodi, or whatever they call you, Ogun will keep firing you and your lineage.”

Recall that despite warning against the scheme, people invested a lot of money in it. While some were lucky to become millionaires through the scheme, others were financially wrecked by it.

“Your greediness cost you your wedding and not MMM.”

“I manage to do mine that period even after I had enough cash hanging in there.”

Below are the other reactions: