– After sharing the good news on his LinkedIn page, Nigerians flooded the comment section of the post to congratulate him

A Nigerian man identified as Adedayo Okumoye has taken to social media to celebrate after officially becoming a citizen of the United States.

Okumoye took to his LinkedIn page to share the good news and his post has since been flooded with congratulatory messages.

It should be noted that the United States is one of the top choices for Nigerians intending to leave the country for greener pastures.

Many people in Nigeria believe that the country has failed them and they do not hesitate to travel out of the country to achieve their dreams. 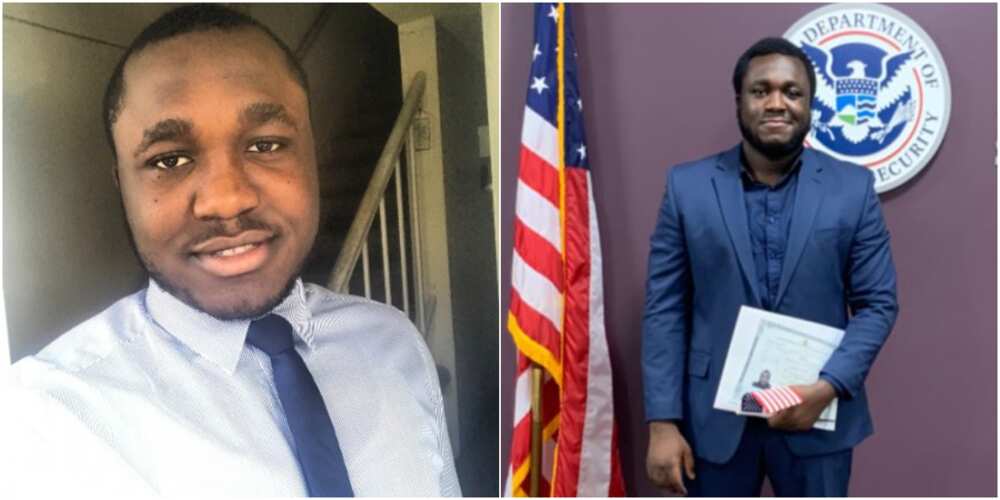 The United States, Canada and Europe are the top destinations for Nigerians that are leaving the shores of the country.

When Nigerians abroad eventually become citizens of the countries they are domiciled, it usually calls for celebration.

They celebrate their new citizenship because they get to enjoy the benefits of being part of a society where things work.

In other news, a Nigerian lady identified as Mfon Abia took to social media to celebrate after being offered a job she did not apply for in the United States.

She said she got a call from The Academy, Miami, Florida, offering her a job and asking her to send her CV if she was interested.

“I am pleased to announce to this Honourable House that come Monday, August 3rd 2020, I will no longer be a jobless Nigerian youth and will resume at The Academy, Miami, Florida, USA.”

Weeks after Yinka Ayefele stood on his feet, this paralysed woman walk for the first time ever (see video)