– A Nigerian, Anita Ada Anosike, has bagged a first-class degree from UNIPORT in industrial chemistry

– People were amazed by it all, especially that she pulled it off in a course many believe is very difficult

A Nigerian lady, Anita Ada Anosike, who with strong faith on Sunday, December 6, 2018, said that she would get a first-class degree bagged same.

On Thursday, September 10, the lady shared her certificate from the University of Port Harcourt (UNIPORT) showing she got what she really believed she would achieve.

In a tweet that has since gone viral, the Nigerian lady said that God did it as she asked tweeps to help retweet her post so that prospective employers can find her.

Going by the details on her certificate, the lady got the honour in industrial chemistry.

While many people commended her, some said if everything was okay in the country, she should not be begging for a job on the TL with the first class.

@danonuche said: “First Class from a public university doesn’t come easy especially when they frustrate you with misappropriation of result & other things. I drop my hat for you. Big Congrats. So happy for you.”

@gentlenale said: “Sometimes our educational institutions don’t do us well. This lady should not be looking for work. Rather should access funds to set up a company and research house that will produce quality product. Life no balance where a first class get to work for school sat with money”

@ZiriBlaq said: “You are good… Making 1st class in chemistry department uniport is not a joke…only chem130 will break you down!!… Congrats you strong!!!” 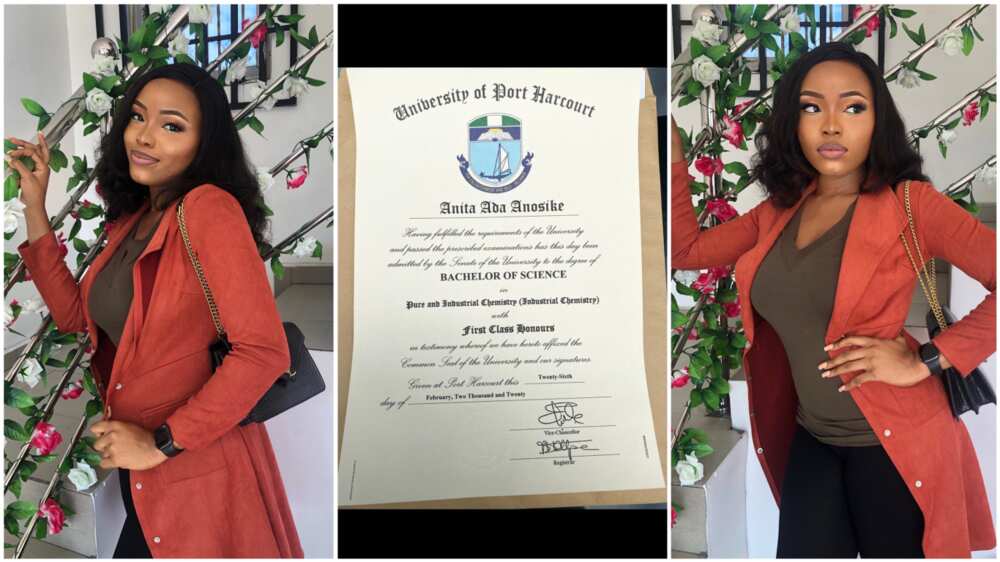 Below are some quoted replies the tweet also got:

Meanwhile, Bioreports earlier reported that a young Nigerian man, Yusuf Asamu Olalere, finished his law school in a grand style as he emerged as the overall best graduating student.

To honour his achievement, the Nigerian Law School gave him 12 awards to celebrate him. It should be noted that Olalere also graduated with a first-class from the University of Ibadan (UI).

In his Twitter post on Tuesday, September 15, the UI graduate called himself a product of grace, adding that he is “eternally grateful to God”.

Two Mike Leach disciples face off, a Notre Dame reunion and a Sun Belt encore? What to expect in Week 3

Two Mike Leach disciples face off, a Notre Dame reunion and a Sun Belt encore? What to expect in Week 3

Civil societies fault INEC on failure to curb vote-buying, others

By Eric Ikhilae, Abuja The Independent National Electoral Commission (INEC) has got thumps-down for its inability to curb vote buying...

Obasanjo to Obaseki: be magnanimous in victory