– Nigerian farmers don’t want the federal government to reopen the nation’s borders, saying it would be disastrous

Nigerian farmers have kicked against the move by the federal government to reopen land borders after it was shut in August 2019.

The farmers said reopening the borders would erode the gains and the sacrifices made by Nigerians so far, Daily Trust reports.

According to the farmers, reopening the borders at a time prices of food items were on the increase locally may be dangerous because neighbouring countries that rely on Nigeria food and other necessities would start trooping into the country and make the prices go higher. 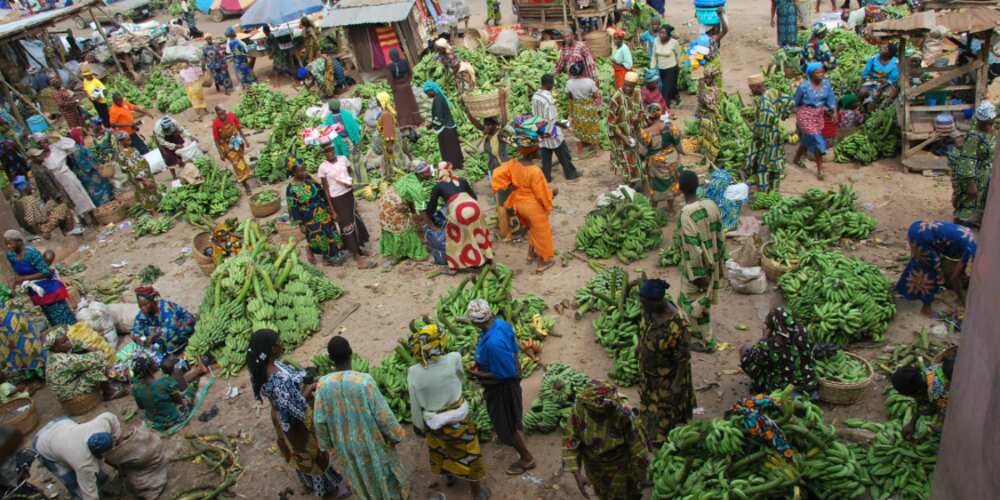 Nigerian farmers say it is not advisable for federal government to reopen borders.
Photo credit: Umaizi
.

“Farmers are harvesting their produce but yet prices of food items are on the rise for some other factors; so if you open the borders and allow free movement of the products to our neighbouring countries, what do you think will happen, it will be disastrous.”

In the same vein, a rice farmer identified as Mallam Nuhu Ayuba said:

‘’We know the prices of many other items have gone high and are affecting the country but if we are to sustain our food sufficient efforts, the borders must remain closed at least for now.”

In an earlier report by Bioreports, the Nigerian government on Wednesday, November 25, revealed that the land borders would be reopened soon.

The minister of finance, budget, and national planning, Zainab Ahmed, made the disclosure while speaking to State House correspondents.

Back in August 2019, the government closed the borders to curtail illegal importation of dr*gs, small arms, and agricultural products into the country from neighbouring West African nations.