– Nigerian singer, 9ice, recently took to Instagram to confess that he had done something terrible to his wife.

Nigerian singer, Abolore Akande, professionally known as 9ice took to social media to appeal to Nigerians to beg his wife for him.

In a video shared on Instagram by Ijeomadaisy, the singer said that Nigerians appreciate him because of his solid backbone which had always been his wife. 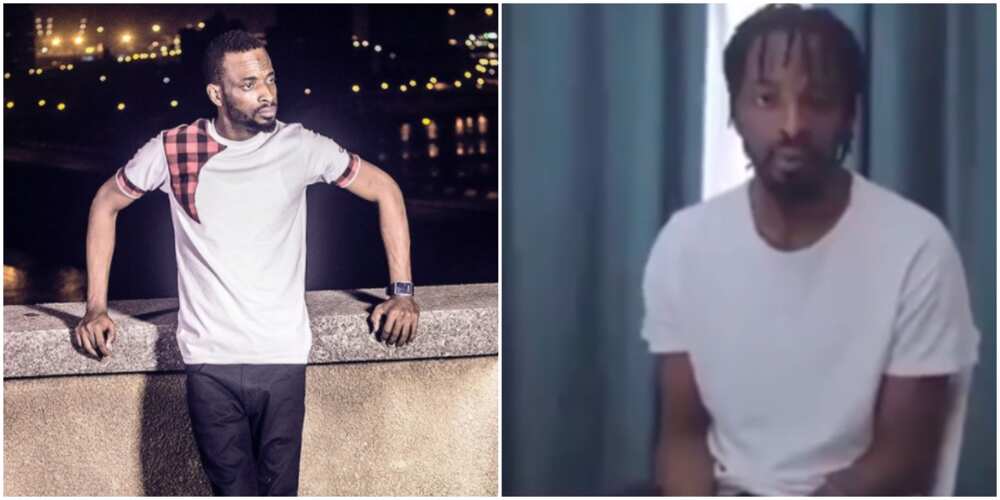 9ice begs as he cheated on his wife
Photo credit: @9iceofficial/@ijeomadaisy
Source: Instagram

He also said that his act had cost him a lot and even though he had apologised, he still needed people to beg his wife.

9ice further stated said that he had excelled in so many things in life but had always failed in the area of marriage, and he really wanted this one to work.

Hilarious comments followed the video, as many Nigerians frowned upon the fact that he cheated on his wife.

Here’s what some of them had to say:

“I can’t with the soundtrack. Couldn’t finish the video.”

“Oga take several positions abeg. You didn’t tell us when u were cheating, now you want us to beg. For what now?”

“9ice, please accept the fact that marriage isn’t in your calling. Know that and know peace.”

“We help you cheat?why we go help you beg your wife mbok….Nigerian men with radarada.”

Meanwhile, Bioreports earlier reported that a video of 9ice and a woman in a hotel room trended online recently.

In the video, the lady who appeared to capture the moment was joined by the singer who came up behind her and then proceeded to caress her chest area.

Eight hurt in shooting at US mall, gunman still at large