WWE has a new world champion, and he is the 3rd African American to win the title

The Super Falcons of Nigeria made it three wins from three games at the Turkish Women’s Four-Nation Tournament following their 9-0 demolition of Equatorial Guinea, Twitter.

The African champions finished above the other three teams that participated after defeating CSKA Moscow and Uzbekistan by the same 1-0 scorelines in their first two matches.

Uchenna Kanu set the ball rolling in the 9th minute while team captain Asisat Oshoala made it 2-0 from a spot-kick after Toni Payne was fouled.

The Barcelona striker completed her brace from another penalty kick to make it 3-0 after the Equatorial Guinea players became very physical in the game.

Oshoala then grabbed a hat-trick in the 26th minute after beating an offside trap as she rounded the goalkeeper before putting the ball into the back of the net. 4-0 it was.

Uchenna made it 5-0 in the 36th minute courtesy of an assist from Payne while Adule headed home the sixth.

Hardworking Payne deservedly got her name on the scoresheet as went past two defenders before slotting the ball home to make it 7-0 just before half-time. 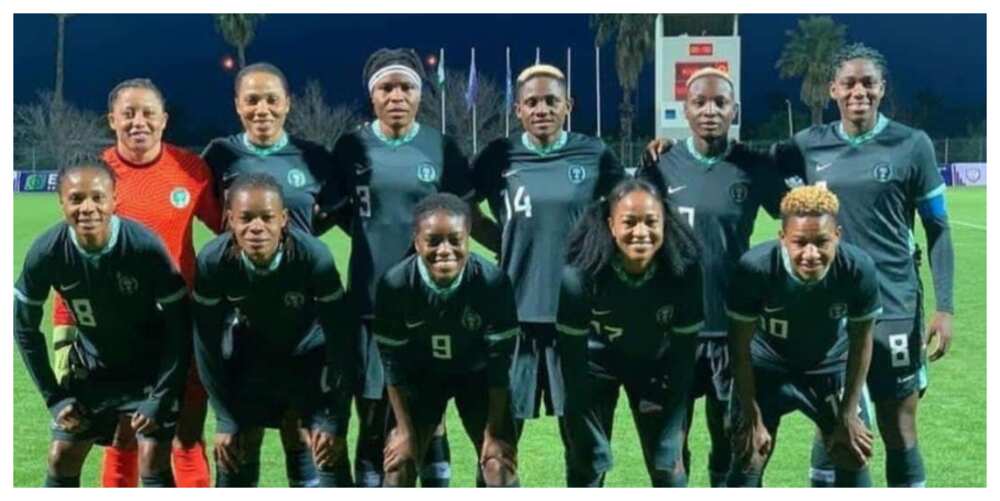 FC Robo captain Gift Monday made it 8-0 in the 75th minute as she calmly beats the keeper before scoring on her debut.

The onslaught was complete as Oshoala grabbed her fourth goal of the match to finish the game at 9-0.

Meanwhile, Bioreports had earlier reported that Alimat Ayinde grabbed the winner as Super Falcons recorded their second win over Uzbekistan in the Turkish women’s four-nation tournament.

The 11-time African champions continued their impressive run in the competition as they defeated the Eastern Europeans courtesy of a second-half strike from Ayinde.

The midfielder scored the decisive goal of the match in the 47th minute after missing several chances on goal.

Bioreports also reported that the Super Falcons of Nigeria began their four-nation tournament in Turkey on a winning note following the 1-0 win over CSKA Moscow in their first game, Twitter.