Timo Werner made his Premier League debut in Chelsea’s 3-1 win over Brighton and the German striker claims he has never played against such massive defenders.

He made several menacing runs in the first half and won a penalty that gave his side the lead but was surprised by the big frame of defenders. 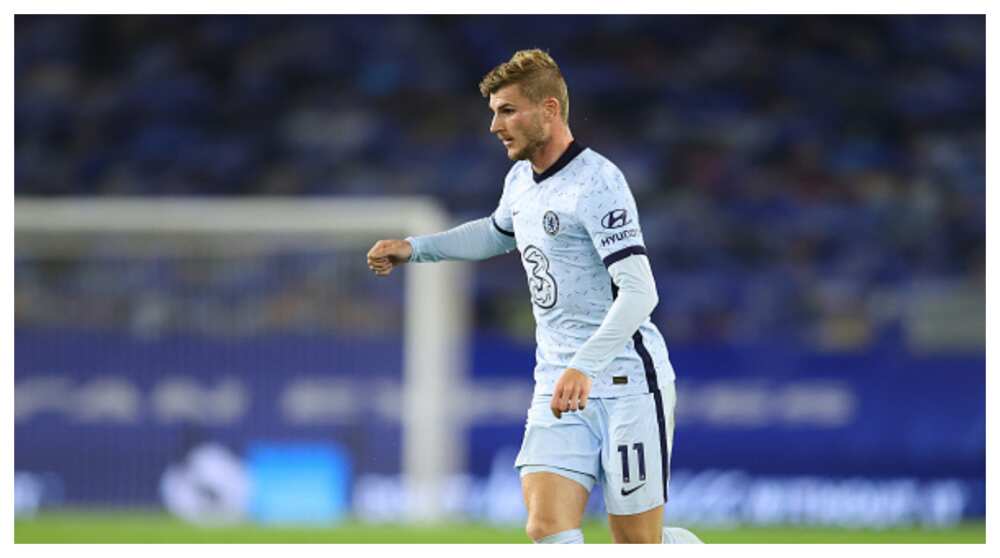 “Yeah, Premier League is different football because I think defenders… I have never played against three defenders like this so tall, so big massive defenders,” Werner said.

“But the game, for me, it makes it really fun. Especially in the first half, I have a lot of space where I can do my runs.”

The German international has already won the heart of fans on social media following his responses on his post-match interview.

One fan said: “Timo Werner saying he has never played against defenders like the Brighton back line!”

Jorginho put his side into the lead courtesy of a sleeky penalty while Brighton came back through Leandro Trossard.

However, Reece James immediately restored the lead from 35-yards and Kurt Zouma shot was helped him by a deflection from Adam Webster to make it 3-1.

Frank Lampard will be happy with his team’s performance after coming out victorious in the game and enduring a difficult game at the Amex stadium.

Meanwhile, Bioreports had earlier reported that Chelsea got their Premier League campaign off to a flying start with an impressive 3-1 victory over Brighton & Hove Albion at the AMEX Stadium.