– According to him, they are the new kids on the block

– Several fans could not stop gushing over the lovely photos

The business mogul took to his official page on Instagram with some pictures showing his youngest kids from his different wives.

His first child with Regina, who is his youngest at the moment, was spotted alongside side his step-siblings.

In the caption that accompanied the photo, the proud father described them as the new kids on the block.

This was accompanied by a love emoticon indicating how much he loves his children. 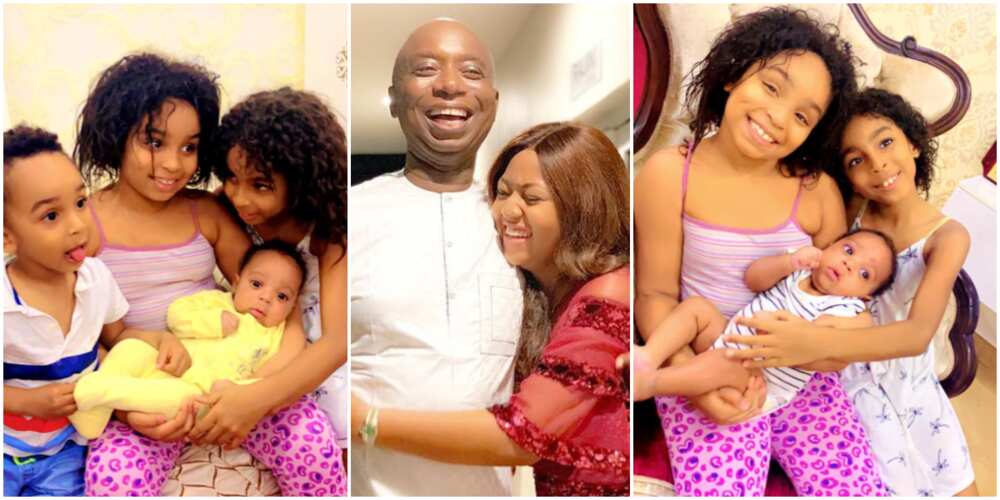 Upon sharing the photos, several followers of Nwoko were seen reacting in his comment section.

Some of them prayed for the billionaire to enjoy the fruits of his labour while others simply pointed out how cute and adorable his kids are.

Read what they had to say about his children below:

ashanti.mama: “You have very strong blood. All your children look like you though takes their mothers closures.”

joycefashiondesigner: “May God bless all your children with long life and wealth.”

abena6395: “Woww! this man genetics are really strong All his children look like him.”

ikmirabel: “This man has Good plans for his generation. He just dey pick fine women to dilute those genes nice one.”

veecadacollections: “You dey born yourself o! Only the Complexion the wives they get.”

The blogger stated that Chika started a relationship with the elderly man. Nanka noted that Nwoko is a gold dug by many Nigerian actresses.