– Nigerian singer, DJ Cuppy, revealed on social media that her sister, Temi is an amazing actress

– The singer reached out to Marvel, the creators of the Award-winning movie, Black Panther on behalf of Temi

Nigerian singer and billionaire daughter, Florence Otedola professionally known as DJ Cuppy, took to social media to shoot a shot on behalf of her baby sister, Temi who recently made her debut in the Nollywood movie, Citation. 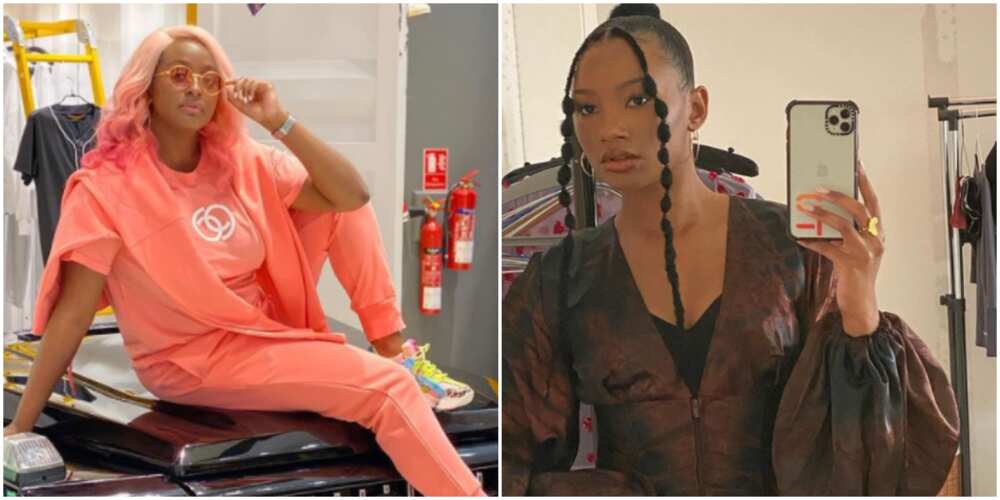 The Gelato crooner mentioned that Temi was an amazing actress and needed to be in the second part which would be filmed in 2021.

“Dear @Marvel I heard you’re shooting “Black Panther 2” in 2021! …My sister @TemiOtedola is an AMAZING Nigerian actress and needs to be in it!”

Nigerians reacted to the sweet gesture in the comment section.

Rashidi agreed that Temi was good enough to be in the movie.

Cody stated that Cuppy made the call for her sister too late.

Ben commended the singer and said he looked forward to seeing her sister in the movie.

Sly mentioned that one movie was not enough to judge if Temi was an amazing actress or not.

In other news about the singer, Bioreports earlier reported that DJ Cuppy recently educated an online troll who criticised her talent.

The Jollof on the jet crooner took to her official Twitter page to announce that she had dropped the visual for one of her new singles, Karma, on her album, Original Copy.

A young man identified as @peters_nas used that opportunity to express his unsolicited opinion. In his words, the singer should find something else to do as music was not her career.