– This was revealed by Boluwatife’s mother, Shola Ogudu, on her Twitter page

Top Nigerian music star, Wizkid, seems to have become a better father to his first son, Boluwatife, as the little boy now seems really proud of him.

It is no longer news that Wizkid has plans in the works to release a new album and this has left many fans anticipating the magic he is about to create.

Wizkid’s first son, Boluwatife, also contributed to whetting fan’s appetites by assuring them that his father’s upcoming album is one that they would not want to miss. 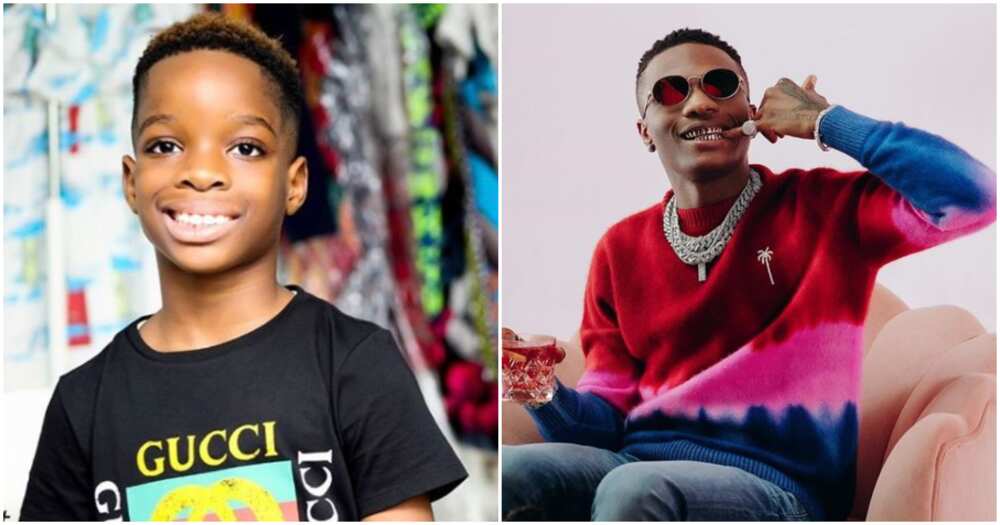 According to Tife, Wizkid’s Made In Lagos album is going to be the best one they have ever heard. The little boy’s message was shared by his mother, Shola Ogudu, on her Twitter page.

She wrote: “Tife told me to tell y’all that his daddy’s album is finna be the best you ever heard still… MADE IN LAGOS!!!!!!!!”

Recall that Bioreports had earlier reported that Wizkid had recently teased fans with a video for his Made In Lagos album.

The Nigerian music scene witnessed a lot of fresh albums from top musicians over the past few weeks; however, many still have their hopes up for two of the biggest acts in the country, Wizkid and Davido.

Wizkid in his usual fashion got his fans in an anticipatory mood all over again, after sharing a teaser for his upcoming Made In Lagos (MIL) album which should have been released since the last quarter of the previous year.

The Joro crooner took to his official page on Twitter with the 15-seconds long video teaser. Unfortunately, the singer still held back from giving his fans the slightest idea of when the project will drop as it was simply captioned Made in Lagos.

Liverpool, Man City legend shuns his former clubs as he reveals surprise team that will win EPL title this season

Liverpool, Man City legend shuns his former clubs as he reveals surprise team that will win EPL title this season

By Rasaq Ibrahim, Ado-Ekiti There was confusion in Ado-Ekiti, the state capital on Thursday as residents trooped out en masse...

Wike to panel: fish out sponsors of SARS brutality in Rivers