– To celebrate achieving such an amazing career goal, she posted a beautiful photo of herself and her kid in law wears

Naomi Pryde has braved challenges to break a personal record as far as her career in the law world is concerned.

The woman before now holds two higher rights law qualification from two nations namely England and Wales but has now added Scotland to her feather. 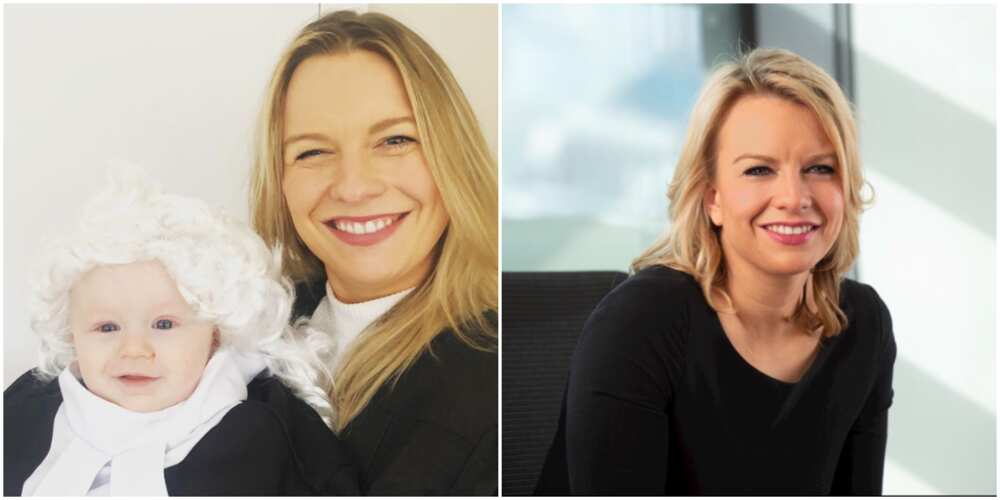 In a recent post she shared on Linkedln, Pryde said she achieved her recent feat in the course of her maternity leave and has seen as strong will paid off as she automatically becomes a dual qualified Solicitor Advocate.

Pryde, in response to a comment, explains that her achievement will afford her,”…higher rights allow a solicitor to become a Solicitor Advocate, allowing him or her to represent clients in the senior courts (so the High Court and the Supreme Court), whereas a solicitor only has the right to appear in a country / district court in England or a sheriff court in Scotland.

“In essence, it means I have the same court rights as a barrister, but I get to remain a solicitor. “

In celebration of her success he rocked the law gown while her adorable kid wore the gown with the wig in an amazing photoshoot that has garnered over 4k reactions so far.

“Huge congratulations Naomi ! Do you get any sleep!”

“Congrats! Still waiting for my results (England and Wales) so wish me luck!”

”Absolutely amazing Naomi, your an inspiration and wow what a handsome little man you have there ..well done.”

Meanwhile, Bioreports earlier reported that a lady bagged law degree making her the 1st woman in her lineage to get education.

Alice, who dedicated her achievement to her grandmother, said she could trace her lineage back to 17 generations of women who were illiterates.