Tottenham have dropped points from winning positions for the fifth time this season following their 1-1 draw against Fulham in the London derby.

Both sides scored a goal in each half through Harry Kane and Ivan Cavaleiro as the points were shared at the Tottenham Hotspurs Stadium.

The north London side started the game on a bright note as they created chances before taking the lead after 25 minutes. 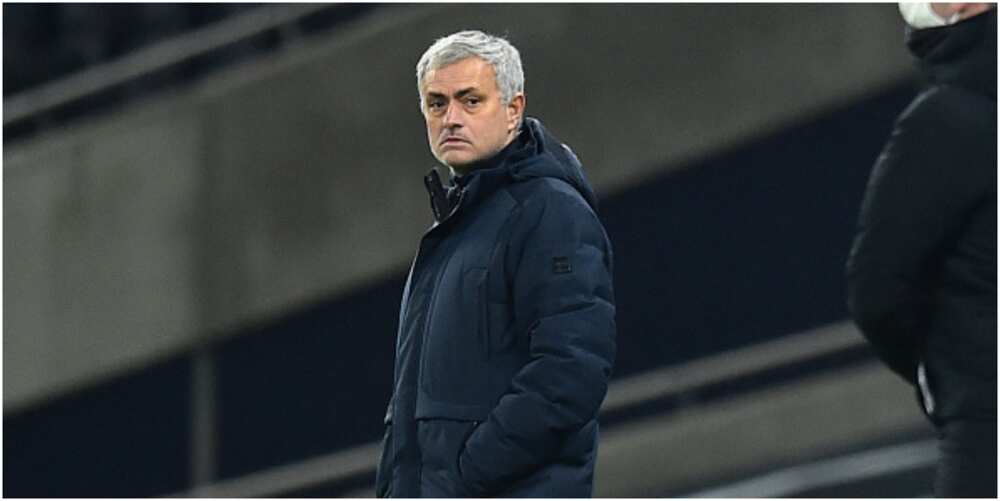 A brilliant diagonal pass from Pierre-Emile Hoejbjerg to Sergio Regulon down the left saw the Spanish defender deliver a pin-point cross to Kane in the middle, who dived in with a header to make it 1-1.

The Cottagers will be thanking their number one Alphonse Areola who made a couple of fantastic saves in the first half.

Spurs should have been 2-0 up as Son Heung-Min broke loose from a counter-attack but his effort hit the post after the break.

But Fulham dominated most parts of the second period and kept on asking questions until they finally got the breakthrough.

Substitute Haruna Lookman provided the cross that gave Cavaleiro a brilliant header in the 74th minute to even matters at 1-1.

And that was it ended for Jose Mourinho’s side as his team dropped to sixth on the Premier League table while Scott Parker’s men are still third from the bottom of the log.

Meanwhile, Bioreports had earlier reported that Jose Mourinho might be planning another huge surprise for Tottenham Hotspur next summer.

The 57-year-old already succeeded in bringing Gareth Bale back to North London on loan from Real Madrid – with an option to sign him permanently.

According to reports in Spain, Mourinho is reportedly plotting to bring Luka Modric back to the club after about eight years with Los Blancos.