Jose Mourinho still believes he is the best coach in the world despite losing to David Moyes’ West Ham over the weekend, Sport Bible. 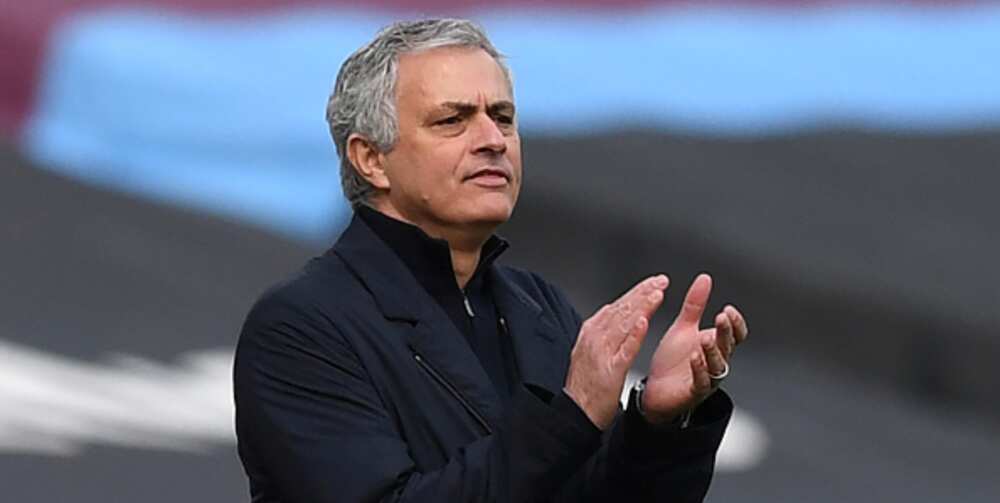 Tottenham boss Mourinho claims he is still the best manager in the world.
Photo by Neil Hall
Source: Getty Images

Tottenham have now dropped to ninth on the Premier League table but Mourino denies his style of management was the cause of his side’s recent dip in form.

The Special One was quoted by Sport Bible:

“No, not at all. Not at all. Zero. Sometimes results are a consequence of multiple situations in football.

“Mine, and my coaching staff’s methods, are second to nobody in the world.”

Back in December Mourinho’s team beat rivals Arsenal in the North London derby to go top of the table but their form has completely dropped off since.

Spurs went top of the league table back in December after beating London rivals but the former Champions League finalists have won three matches in their last 12.

Mourinho was asked whether his side were in crisis as he responded:

“I don’t know what you mean by crisis.

“If crisis is frustration and sadness in the dressing room, I would say so, because nobody is happy, we all showed that in this game.

“When a team fights the way we did until the last second trying to get a different result, it is never a group in crisis.

“Groups are in crisis when you are not together in the search for better results than you have.

“So I wouldn’t say crisis, I would say a really bad run of results. That is obvious. We are losing too many matches.”

Meanwhile, Mourinho has the worst Premier League record of any Tottenham manager since Juande Ramos.

The Portuguese gaffer has now recorded 15 defeats in 50 matches since he became manager at the north London club.

He is now the fifth-worst manager as Sours boss since the era of Juande Ramos and former striker Tim Sherwood.

Meanwhile, Bioreports had earlier reported that West Ham United vs Tottenham Hotspur ended in a 2-1 defeat for Jose Mourinho’s men at the London Stadium on Sunday, February 21.

The clash saw Jesse Lingard continue his hot streak since joining the Hammers on loan in January as he scored his side’s second goal.

Spurs were looking to build on their huge 4-1 win over Wolfsberg in the Europa League in midweek in their bid to finish in the top four at the end of the season.