Jose Mourinho is adamant Tottenham Hotspur are not Premier League title favourites despite their huge 2-0 win over Man City on Saturday, November 21.

A goal each from Son Heung-Min and Giovani Lo Celso sent Spurs to top of the league charts with 20 points from nine matches.

The London side has enjoyed a spectacular streak of results in recent weeks, with Mourinho masterminding a turn of form since their season opener defeat against Everton. 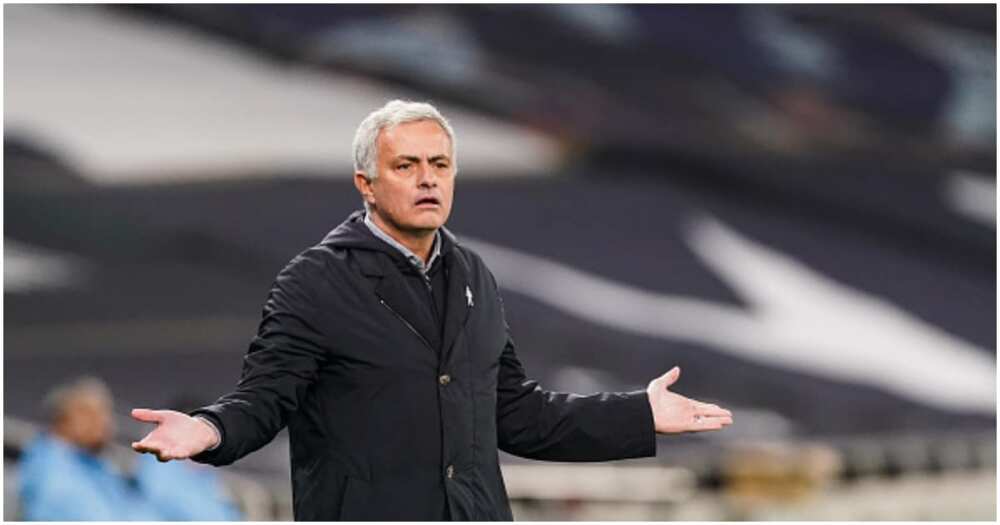 Jose Mourinho led Tottenham to a 2-0 win over Man City as they climbed to top of the Premier League standings. Photo by Matt McNulty.
.

Were it not for the West Ham United collapse and a controversial 90th minute refereeing decision that saw them draw against Newcastle, Spurs would be up the pack gunning for domestic glory.

However, despite the fine run of results, Mourinho has refused to be carried away, insisting Tottenham are not a finished product yet.

The Portuguese tactician noted it is too early to predict where they would finish this term, admitting his wards will definitely register poor results going forward.

“It feels good [to be top], but maybe tomorrow we are second again and honestly that would not be a problem for me, I am just happy with the evolution,” Metro UK quoted Mourinho saying after the match.

Goals from Heung Min Son and Giovani Lo Celso in either half of the game were enough to ensure Guardiola endured the worst start to a Premier League campaign in his managerial career.

In a game where Manchester City were slight favorites, they found themselves behind as early as the fifth minute when Son tucked home from a through ball by Tanguy Ndombele.

From then on, Jose Mourinho’s game plan worked to perfection as the Spurs boss sought to hit a dominant Manchester City on the counter.

By Oziegbe Okoeki The Federal and Lagos State governments have said 795 houses might be demolished to pave the way...