– The Reds kicked off their title defence on a winning note

Liverpool got their Premier League title defence off to a winning note following their victory over newly-promoted side Leeds United at Anfield.

The Reds needed Mohamed Salah’s late minute penalty to survive the scare of Marcelo Bielsa’s men at the end of the encounter.

It took the defending champions just four minutes to open scoring from the penalty spot after Robin Koch handled the ball in his own 18-yard box.

And the Egyptian goal king made no mistake before putting the ball into the roof of the net as they took the lead earlier in the game.

Jack Harrison however leveled up for the visitors in the 12th minute after dribbling past two Liverpool defenders before putting the ball behind Alisson Becker.

Inspirational defender Virgil van Dijk doubled his side’s lead in the 20th minute after a powerful header from a superb Andrew Robertson’s cross.

The Peacocks again came back into the game on the half-hour mark after Patrick Bamford benefited from Van Dijk’s poor clearance. The 27-year-old challenged the Dutchman and forced him to make a mistake in the process. 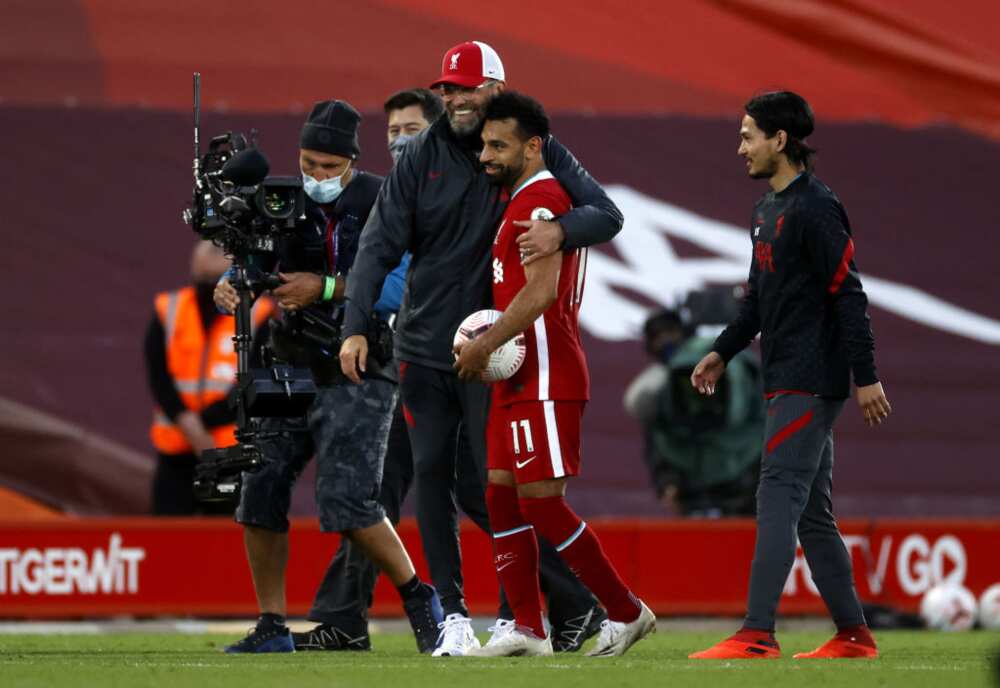 Salah completed his brace while handing his side the lead for the third time in the game after firing into the net from close range with his left foot.

His goal ensured the home team maintained their leadership in the game at the end of the opening half.

Mateusz Klich put Leeds United back into the game with another fine finish with Helder Costa claiming the assist for his side’s third goal.

However, Mohamed Salah sealed the win for Jurgen Klopp’s men in the last two minutes as they start their campaign for the new season on a winning note.

Bioreports earlier reported that Trent Alexander-Arnold has been crowned the PFA Young Player of the Year after helping his side win their first Premier League title in over three decades.

The 21-year-old defender was also instrumental in the Reds’ Champions League triumph two seasons back.

He scored four goals and assisted 13 others in all 38 English topflight encounters in the 2019-20 campaign.