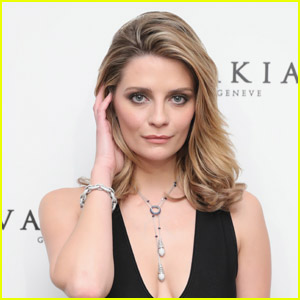 Mischa Barton is being very candid about her sexuality, as well as when she lost her virginity.

The 35-year-old The O.C. star opened up in an interview with Harper’s Bazaar U.K.

During the interview, she reflected on being sexualized at a very young age.

“My film debut, Lawn Dogs, explored themes of child molestation, and – while the crew did everything to ensure that I wasn’t exposed to the realities of what all that meant – when I did press for the film, it became clear that it was very mature content,” she said.

“Two years later, I did Pups with Burt Reynolds. Lead roles in coming-of-age films are always directly tied to sex and sexuality, and this was a prime example. It was for Pups that I had my first kiss on screen and in real life, in front of an entire crew. My character had her first period in one scene, something I hadn’t even experienced in life yet. The movie blew up in Asia, and I became a strange sex symbol over there. I was 13.”

She also opened up about feeling pressured to have sex, and lose her virginity.

“Even being a virgin at the time in that context made me feel like a fraud. Here, I was playing a confident character [in The O.C.] who was fast and loose and yet I was still a virgin. The kids in the show were quintessential rich, privileged American teenagers drinking, taking drugs, and of course having sex,” she explained.

“I knew it was important to get this thing – my virginity – that was looming over me, the elephant in the room if you will, out of the way. I started to really worry that I couldn’t play this character if I didn’t hurry up and mature a little. Did I ever feel pressured to have sex with someone? Well, after being pursued by older men in their 30s, I eventually did the deed.”

She also recently gave a bombshell interview explaining why she departed from The O.C.

Find out at what age other celebrities said they lost their virginity.

US intel report warns of more violence by...

How Joe Biden could increase pressure on Vladimir...