– Red, white and pink petals were strewn on the floor inside the aquarium Michael rented to impress Lori

– Many tweeps, especially young ladies, said they wouldn’t mind a romantic and handsome man like the Black Panther actor

Michael B Jordan went all-out to impress his new girlfriend on Valentine’s Day. The Black Panther actor rented out an entire aquarium for his first Valentine’s Day with Lori Harvey.

Lori took to Instagram Stories on Monday, February 15, and posted snaps and videos of herself and Michael enjoying dinner inside the aquarium.

Red, white and pink petals were strewn on the floor inside the aquarium along with lit candles leading to a dining table.

The daughter of Steve Harvey then showed a change of scenery as she entered a posh hotel room filled wall-to-wall with bouquets of roses and shining candles.

Social media users took her snaps and pics and shared them on Twitter. Check out some of the tweeps’ thoughts on Michael’s Valentine’s Day with Lori below:

“Manifesting that I will have a husband that spoils me like Michael B Jordan spoils Lori Harvey.”

“Michael B Jordan really outdid himself for Lori Harvey!! He calls her Turtle & rented out the damn aquarium, this is so thoughtful!”

“Right, he is hooked, I love this, I can’t recall Michael being in a relationship, where he expressed his feelings so publicly.”

“I only need this once and I’m set for all other Valentine’s Days!!”

“Congratulations! And to think both of you were a stones throw from my house! You’re still my favourites!! Happy V-Day!!”‘

“He is just another level of PERFECT, what a guy. No good-lookin’ lad cares this much for another. She’s so spoilt!”

“Beautiful and a beautiful couple.” 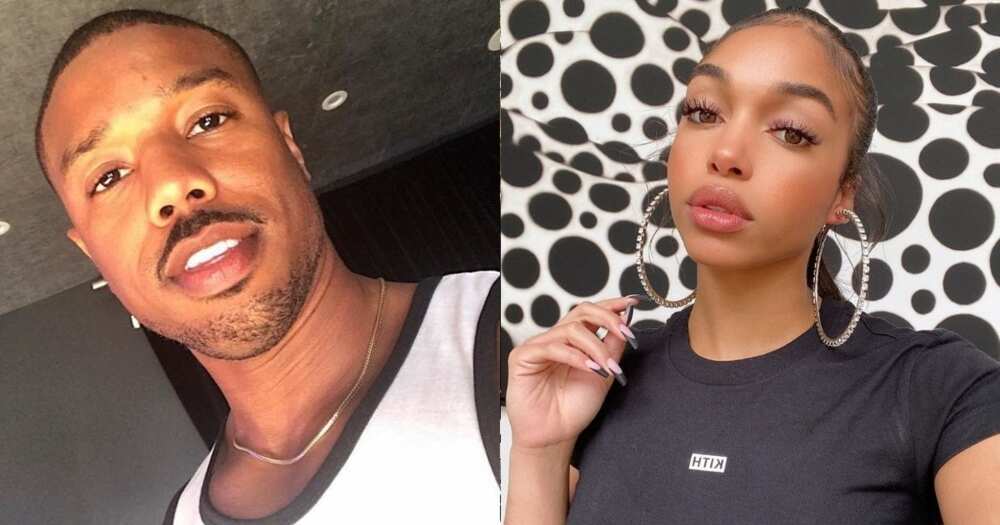 Michael B Jordan rented out an aquarium for Lori Harvey on Valentine’s Day. Image: @michaelbjordan, @loriharvey
.

In related news, Bioreports reported that Lori Harvey took to social media recently to post new pics of her boyfriend Michael B Jordan. The stunner shared the snaps of the two of them while on their way to or from celebrating Michael’s 34th birthday on Tuesday, February 9.

Lori, who is Steve Harvey’s daughter, took to Instagram on Tuesday, February 9, to wish her hot “nugget” a happy birthday. She shared a couple of snaps of the two of them dressed up to the nines. The gorgeous Lori captioned her post.

“Happyyy Birthdayyy Nugget. I love you baby… hope today has been at least half as special as you are.”

The 24-year-old daughter of the Family Feud host’s fans took to her comment section to share their thoughts on her post. Many were excited about that Lori has finally confirmed she’s in love with the Black Panther star as she wrote “I love you baby,” in her post.