Lionel Messi has sent Ronaldinho a touching message via Instagram after his former Barcelona teammate’s mother passed away aged 71, Give Me Sport.

The 71-year-old passed away due to complications suffered from COVID-19 during the past weekend. 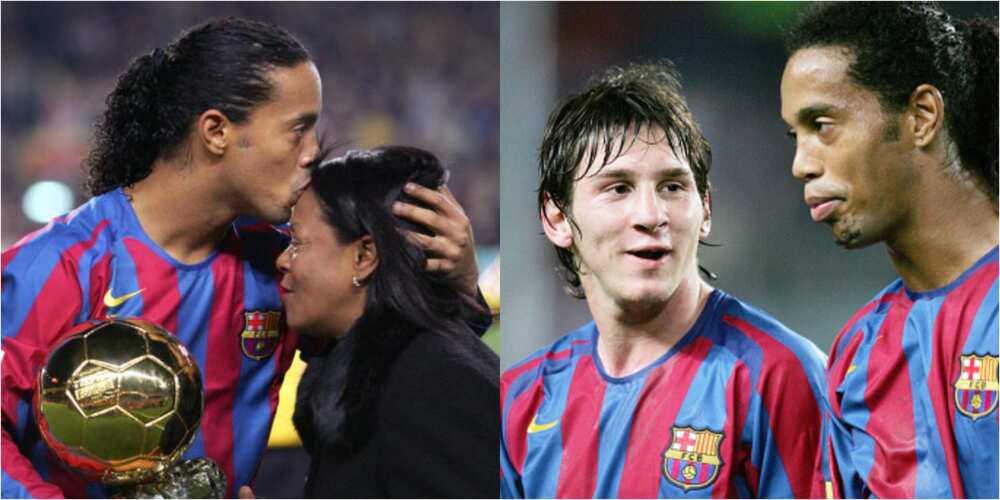 She was admitted into the Mae de Deus Hospital in Porto Alegre last December after testing positive for the deadly disease.

And the news has git to Messi who made an emotional post on his Instagram to console his lifelong friend.

“Ronnie, I have no words, I can’t believe it.

“Just sending you a lot of strength and a big hug to you and the family. I’m very sorry, RIP.”

Ronaldinho contributed immensely to Messi’s development at Barcelona when the Argentine broke into the first team during the 2005-06 season.

The 2002 World Cup winner welcomed Messi with open arms as they worked together in and out of the football field.

And when Ronaldinho departed the Camp Nou in 2008, Messi was left heartbroken but maintained his friendship with the Brazilian legend.

Meanwhile, Bioreports had earlier reported that Argentine star Carlos Tevez lost his beloved father to coronavirus complications that the striker had to withdraw himself from Boca Juniors’ game against Newell’s Old Boys for Sunday, February 21.

SunSport reported that the former Man United and Man City striker has returned to the Argentine capital of Buenos Aires to mourn his late dad who had battled with his health for some time.

It was gathered that the player’s dad Segundo Raimundo Tevez had survived coronavirus last year, but it reportedly led to further health complications.