Baraza: Signings give Sofapaka a new dimension ahead of KCB opener

2 minutes ago by
Ibitoye Shittu

– Messi has been playing for Barcelona senior team since 2004

Lionel Messi who is the captain of Spanish giants Barcelona has reportedly claimed that he is tired of always being the the problem at the Nou Camp fueling speculation of him leaving.

Barcelona chiefs labored so hard before the start of the ongoing season in Europe for them to convinced Lionel Messi to stay after the Argentine submitted a transfer request.

The rationale that made Lionel Messi to hand a request was as a result of their embarrassing defeat against Bayern Munich in the Champions League.

Bayern Munich were so superb in the encounter as they went on to win the title beating French champions Paris-Saint-Germain in the final.

Coach Setien was then fired by Barcelona chiefs because of the defeat and Ronald Koeman was appointed as a replacement.

Messi was linked with a move to Premier League side Manchester City during the summer, and according to the report on UK Sun, the Citizens have received a boost going by what the Argentine recently said.

”I am tired of always being the problem.”

Barcelona are currently occupying eight position on the Spanish La Liga table with 11 points after seven games played so far.

Lionel Messi has been playing for Barcelona first team since 2004 and the Argentine has so far scored 447 goals in 492 games. 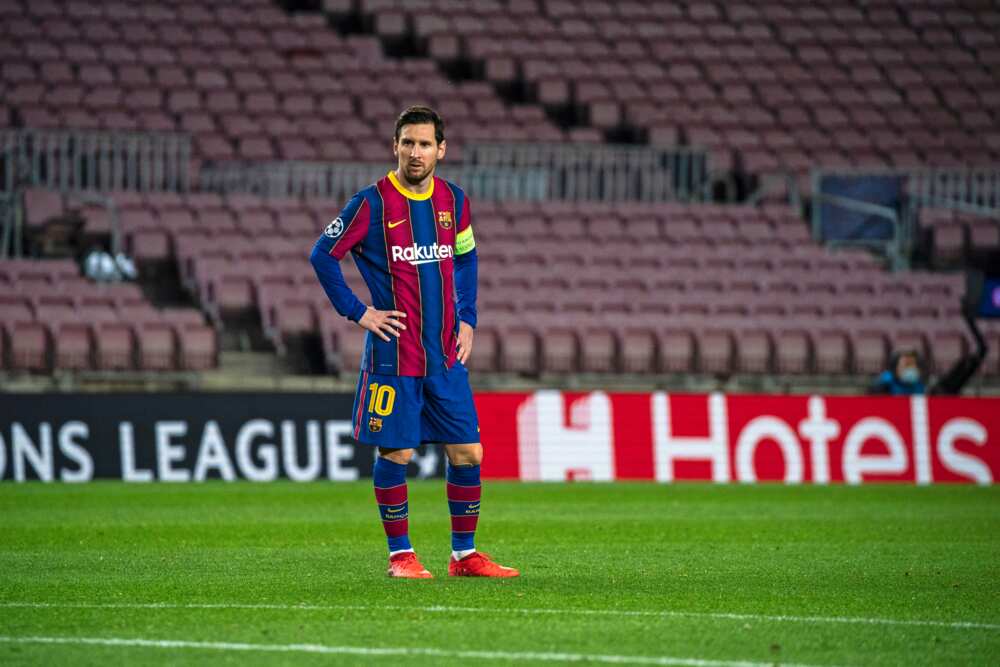 Lionel Messi reportedly claims he is tired of always being the problem at Barcelona.
Photo by Urbanandsport
Source: Getty Images

Earlier, Bioreports had reported how Manchester City are intensifying their pursuit of Barcelona captain Lionel Messi after the club failed in their bid to sign the Argentine during the summer when he had a manic period at the Catalan club.

City are preparing to launch a bid for Messi to see him move to the Etihad Stadium during the January transfer window after missing out on the super star earlier.

Messi is said to be in frosty relationship with the Spanish club and his contract expires next summer, but Barcelona are desperate for money.

Last summer, the Argentine captain reportedly agreed to move to the Etihad Stadium in a mega deal with the City Football Group.

The embattled Barcelona star was said to have agreed to the financial terms over the course of five years that will see him under employ of the City Football Group.