Lionel Messi who is the captain of Spanish giants Barcelona has been named as the highest paid footballer on earth for the year 2020 with £98 million according to Forbes’ latest ranking.

The Argentine has pocketed over $1bn in pre-tax earnings during his career following in the footsteps of Cristiano Ronaldo who has been his biggest rival for more than 10 years.

Messi and Cristiano Ronaldo have been into rivalries for years and these two players have shared 11 Ballon d’Or awards between them.

According to Forbes, Lionel Messi is topping the list of highest paid players for the year 2020 with £98 million and Cristiano Ronaldo comes second on the list.

See the top 10 below according to Forbes

Meanwhile, Lionel Messi has resumed training with Barcelona and he is in top gear ahead of the 2020/21 Spanish La Liga season. 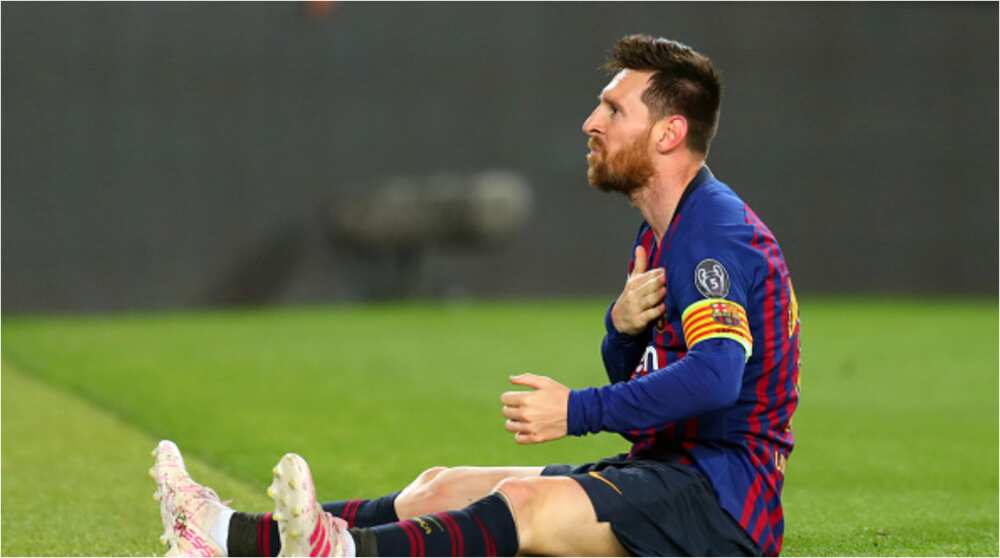 Earlier, Bioreports had reported how Ronaldo Koeman who is the new Barcelona gaffer urged captain of the Catalans Lionel Messi to deliver his best for the club in their campaign in the coming League season.

Barcelona chiefs recently succeeded in persuading the six-time Ballon d’Or winner to stay at the Camp Nou after being linked with a move to Manchester City.

‘I have proved I am Arsenal’s No.1’ – Leno hits back at critics after penalty heroics against Liverpool

The Catalans’ failure in the Champions League losing against Bayern Munich made Lionel Messi to decide that he wanted to leave.

Messi later made a U-turn in his decision and will now be playing for Barcelona in all competitions in the 2020/21 League season.

He notched 31 goals and 26 assists in 44 games last season and, with Barca finishing 2019-20 in disarray, new boss Koeman will need his star man on top form to turn things around.