– The young boy built a motorbike, single seater aircraft, a two-seater sea boat and some remote-controlled cars before he turned 18

– Kensmith explored his creative abilities and talents at the age of 7, and it will be safe to say the sky is the starting point for him

Nigeria no doubt has never been lacking in talents. In fact, Nigeria is overflowing with a retinue of untapped talents only waiting to be discovered.

Kensmith Rechiel is a Nigeria wonderkid from a humble background that has built a motorbike, single seater aircraft, a two-seater sea boat and some remote-controlled cars before he turned 18. 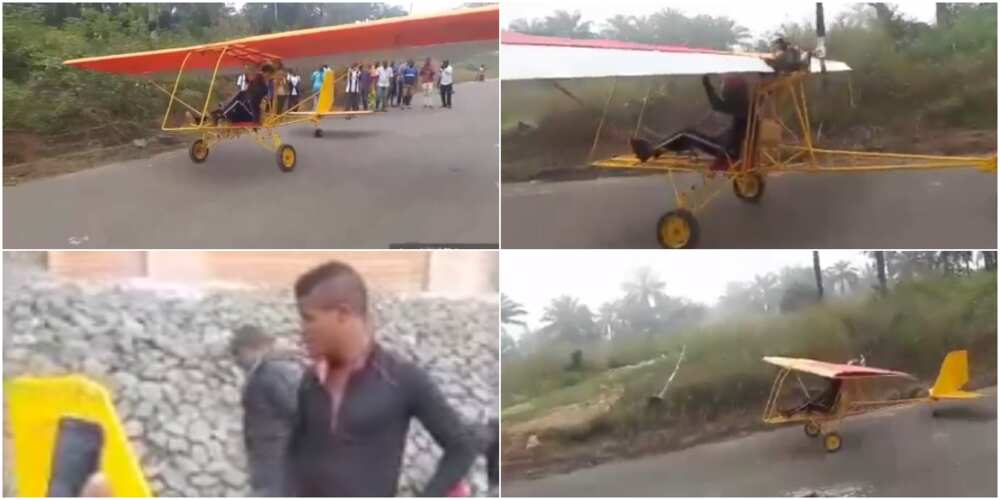 And at the turn of 16, he had built a RC scale airplane that flies which he called “Donko King”.

In a chat with Bioreports regional correspondent Duru Victor, Kenneth, who just completed his secondary school education, lamented how lack of funds and financial wherewithal has hampered his desires of creating robots and further consolidating on his invention as his father is without work while the family lives off his mother’s bean cakes business.

He said: “I discovered my talents when I was 7 and have been building things ever since including locally-made remote-controlled cars, single seater aircraft, two-seater sea boat and the most recent is the motorbike.

“My major challenge so far has been finance. I do some menial jobs to make sure I invented and built something.”

Despite financial limitations, Kenneth’s family has been very supportive of his talents.

The 19-year old wants to become an aeronautical engineer in the future so he can create robots and further explore his talents.

In other news, a little boy has displayed his creativity by building an Automated Teller Machine (ATM) that dispenses cash.

In a video that has gone viral on social media, the boy, who hails from Imo state, showed onlookers how the ATM dispenses cash.

The boy could be seeing inserting something that looks like an ATM card into the machine and onlookers were stunned as the machine dispensed cash.