Meet gorgeous Igbo lady who is a university graduate and native doctor; here is why she’s into it (photo)

– According to Ebere, her life became miserable when she refused to continue with her great-grandmother’s profession

A young lady identified as Ebere Asonibe is a graduate who chose to become a native doctor due to circumstance beyond her.

The lady said her dead ancestors were making life miserable for her because she was adamant on not continuing with her great-grandmother’s profession as an herbalist. 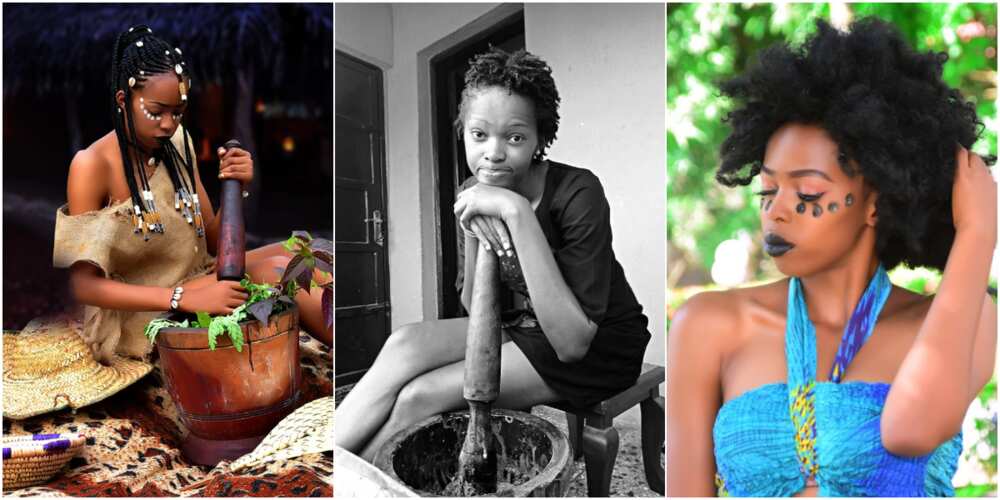 Ebere Asonibe is an herbalist who is into the profession due to the circumstances beyond her.
Photo credit: Ebere Herbals
Source: Facebook

In a report by Information Nigeria, Ebere said her ancestor will come to her in a vision and show her herbs and where to locate them, and when she goes into the bush in the morning she will see the exact herbs.

According to the young lady, different men of God tried to deliver her but all to no avail. She said she decided to do what her ancestor wanted when she could not win the battle.

She is now a known herbalist who uses herbs to treat different diseases.

In an earlier report by Bioreports, a popular Enugu based native doctor, Simon Odo, also known as Onu Uwa, has said most men in Nigeria die because of pressure from bad wives.

The native doctor told bioreports in an interview at his country home, Aji, in Igbo-Eze north local government area of Enugu state that only few deaths recorded by men in the country are not caused by bad wives.

“If there are 20 dead men in Nigeria for instance, only five of them died naturally. The other 15 were caused by heartbreaks and bad attitudes from their wives.”