– In the beautiful post, the proud husband also included a picture of himself and his glowing wife

Meeting your forever partner is something not everyone gets to experience. A proud husband recently took to Facebook’s ImStaying group to swoon over his favourite person, who he has been married to for 60 years.

Michael Dean-Jackson, a happy Mzansi Stayer and obviously great husband, shared a picture of himself and his wife, who he explained in the heartwarming post that he had been married to for 60 years and was still going strong.

Facebookers and Stayers were soon in the comments section wishing the couple a happy and loving anniversary. Many of them also wished that they too could find the person they will be happily married to for 60 years. 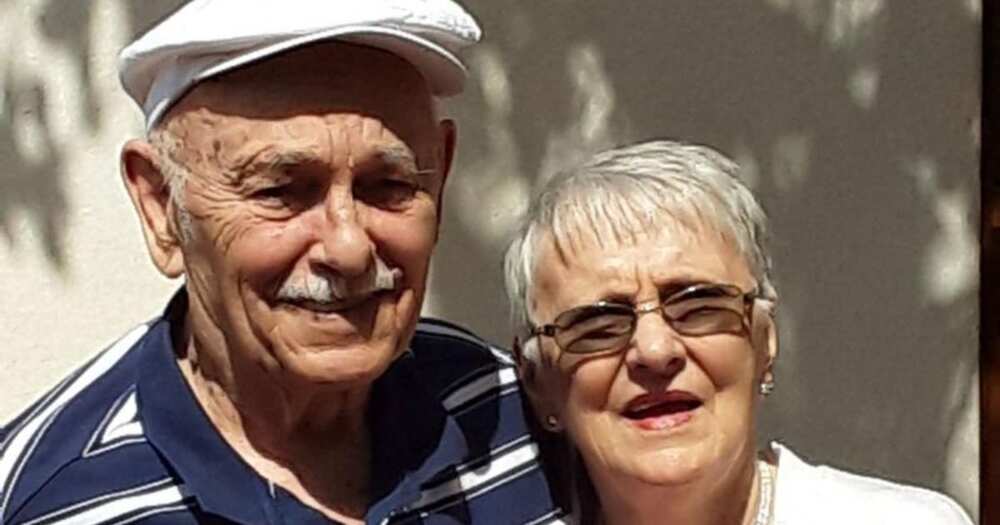 “May God bless you sir and mam. Wow, that is true love that never fails. Blessings upon blessings for you.”

“Congratulations, awesome example for us younger ones.”

“Wow, oh Lord how I wish our marriages can go as far as this one. Happy anniversary, may God bless you with lot more years so that we can learn the journey from you.”

Meanwhile, Bioreports earlier reported that a Nigerian couple who got married in 1970 are celebrating 50 years wedding anniversary.

According to the invitation card sighted by Bioreports, the couple identified as Mr and Mrs Gafai got married on Thursday, June 25, 1970.

Their granddaughter took to Twitter to celebrate them by posting their photos and wished them continued marital bliss.