– In the clip, the confident gogo can be seen wearing “mini-shorts’ and a pink crop-top while busting some dance moves

It is not often you get to see an old woman embracing her sexiness. An elderly lady who clearly loves showing off her sexiness has nearly become an internet sensation after she was recorded breaking it down while wearing what others may consider very revealing clothing.

In the clip that was uploaded by @AFlyBlackLeftie on Twitter, the old lady is seen wearing a very short pair of shorts that reveals a large tattoo on her thigh. She is also wearing a tight pink crop-top and some white sneakers to complete the look.

While many praised the old lady for being herself and going against the unspoken rule that “grannies” should be conservative and sweet, a lot of other social media users criticised her about her outfit choice and decision to dance on camera.

“Say whatever but the world is changing and it changing from better to worse, we promote such standards of self-respect is so low. What about our ancestors and our Gods?”

“She don’t even look that old tbh. Her body skin and face look younger than the grey hair. Anyways just let people be, innit. Age limits are redundant.”

“What? She can shake that waist more than me.” 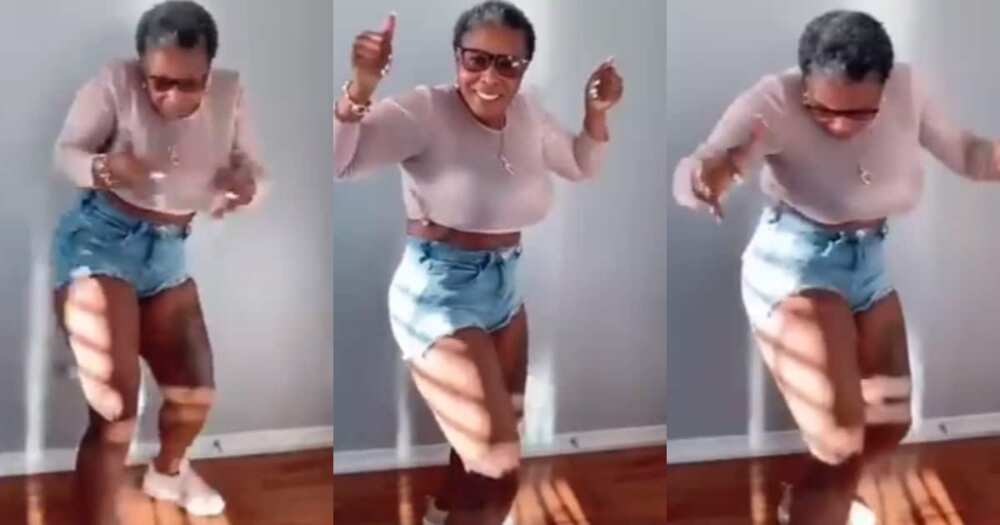 Meanwhile, Bioreports earlier reported that a Nigerian grandmother became an instant internet sensation with her “legwork” moves while dancing with her grandson.

In a video that went viral on social media, the elderly woman was seen showing off her astounding dancing skills as her son cheered her on.

This video in some way supports how very powerful pop culture is and the manner it has influenced so many parts of human daily lives.

By Kola Adeyemi, Jos The Industrial Training Fund (ITF) and the Federal Ministry of Youths and Sports Development have signed...

Defection to APC: Umahi after my life, says Anyim