A baby has been born from an embryo that was frozen for 27 years. When her mother, Tina Gibson was about two years old, a couple donated some embryos.

bioreports reports that more than two decades later, Gibson got one of them in February and gave birth to a baby, Molly, on Monday, October 26. 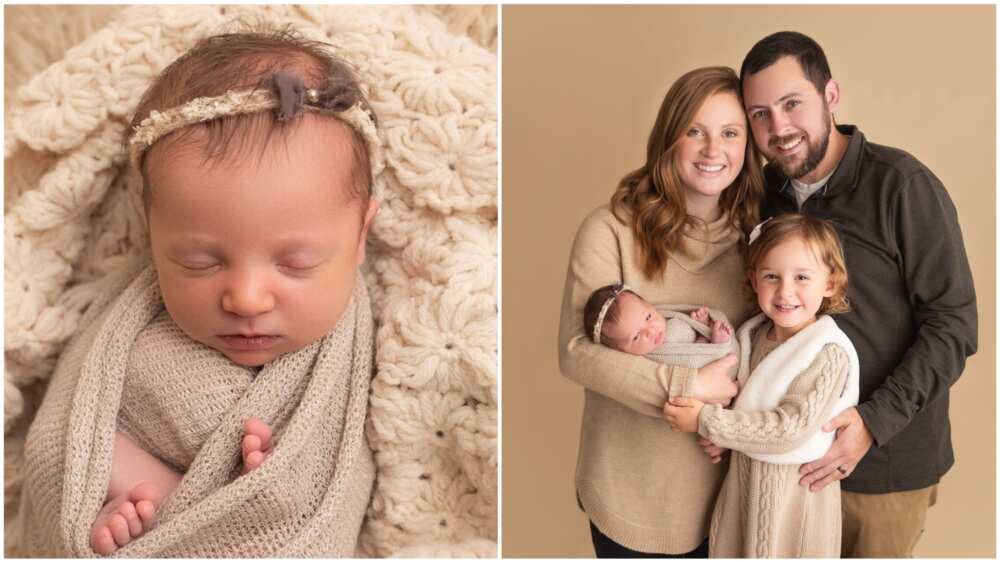 The baby’s birth has been praised by medical professionals as a big breakthrough.
Photo source: bioreports
.

It should be noted that the first kid of Gibson was also born in the same manner from another embryo which was given by the couple on October 14, 1992.

De Jeffrey Keenan, the director of the center, said that Molly’s birth has shown that an embryo can be kept for a very long time.

Many people have reacted to the news of the new baby. Below are some of their comments:

“So.. in theory.. if ‘life’ begins at conception she could end up as the oldest person on record.”

“Since life begins at conception, she is now eligible for a drivers license, voting, can consume alcohol, and all the other adulthood perks. On a less toxic note, this is very impressive.”

Meanwhile, Bioreports earlier reported that a 54-year old Nigerian woman, Funmi Ajagbe, gave birth to a set of triplets with her first pregnancy, a thing that does not usually happen.

The new mother’s friend, Odunayo Olupona, took to Facebook to disclose that Funmi welcomed her babies despite the long wait.

In her post on Tuesday, August 11, she posed a rhetorical question, asking: “Is there anything too hard for God to do?” as she emphasised with Yoruba praise words how great He is.

Nigerian man warns men against dating women who don’t have a car or an apartment, social media reacts

Nigerian man warns men against dating women who don't have a car or an apartment, social media reacts