Everton’s unbeaten run were on the verge of coming to an end against Liverpool on Saturday afternoon, October 17, only for Jordan Henderson’s goal at the death to be disallowed in a match that ended 2-2.

Before going into this game against Liverpool, Everton had won their first four games of the season and the morale to beat Jurgen Klopp and his men was high in this tie.

But having lost their last game before facing Everton, Liverpool were determined to return to winning ways and they started the match impressively.

Senegal international Sadio Mane scored the first goal for Liverpool in the third minute after getting a clever assist from Andrew Robertson.

Ancelotti’s men restored parity in the 19th minute through Michael Keane who was perfectly assisted by James Rodriguez.

Mohamed Salah netted the second goal for Liverpool in the 72nd minute and Everton leveled up again through Dominic Calvert-Lewin in the 81st minute.

Sadio Mane provided an assist for Jordan Henderson to score at the death in which Liverpool thought that they had won, but the referee stopped play and consulted the VAR.

The VAR caught Sadio Mane to be in an offside position and the goal was disallowed for the match to end in a 2-2 draw.

Everton are still topping the Premier League table, while Liverpool have moved to second position after this game. 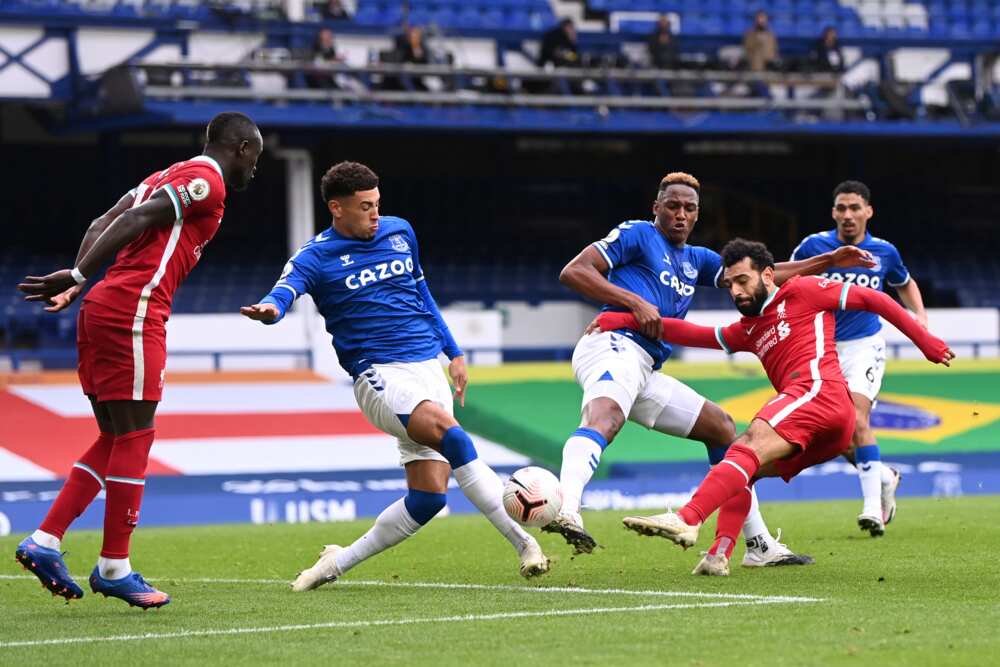 Earlier, Bioreports had reported how Liverpool confirmed the departure of winger Harvey Elliott who has joined Championship side Blackburn Rovers on loan.

Lack of active playing time at Anfield forced Harvey Elliott out of Liverpool so that he would be able to get regular games at Blackburn Rovers.

For the past three seasons, Sadio Mane, Roberto Firmino and Mohamed Salah have been leading the attack of Liverpool and they have been impressive.

Elliott has made nine appearances for the Reds first team since sealing a move from Fulham in the summer of 2019.

JUST IN: Okonjo-Iweala is candidate with the best chance- WTO

Our Reporter Nigeria’s Ngozi Okonjo-Iweala has the best chance of emerging Director-General of the World Trade Organisation (WTO) via consensus,...

Protest stalls announcement of new VC for University of Ibadan

Delta Govt. to partner with youths to improve governance