– In the space of two years, he had enough money to buy himself a beautiful house

A man with the Twitter handle @BowmanDev has shown how learning some computer skills changed his life forever.

In a Twitter post on Saturday, November 28, the man shared two photos that showed how everything became better for him in two years.

The first photo showed a dirty-looking cramped sleeping compartment at the back of a truck where he started from, while the second frame showed a beautiful house that he bought. 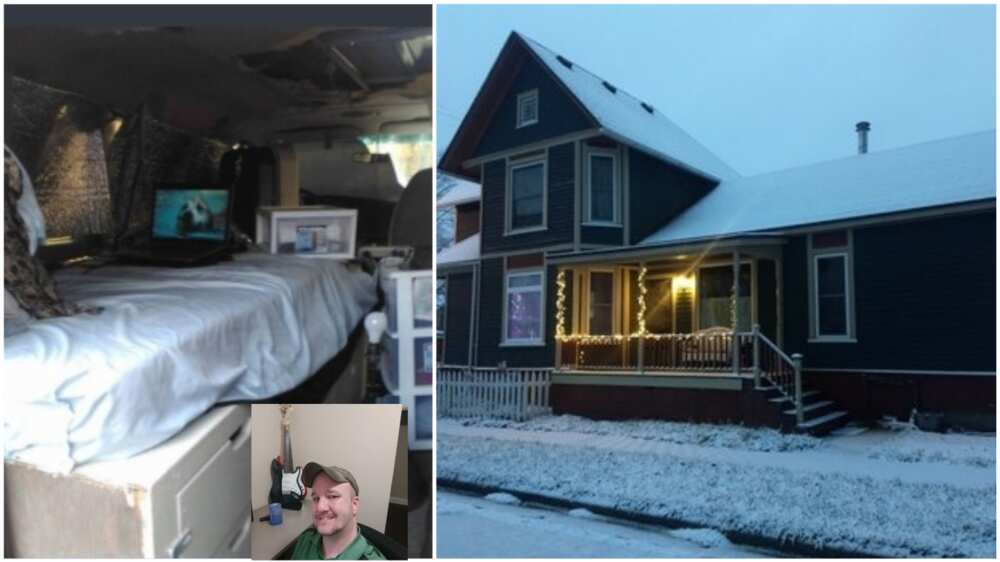 The man’s life turned out great with the money he made from HTML and CSS.
Photo source: @BowmanDev
Source: Twitter

Many Nigerians came under his tweets to tell him that he stays in a place where opportunities were available for his skill, adding that despite learning HTML, CSS, and more, situations still have not changed for them.

“An average boy in Nigeria can code HTML and CSS but there are no opportunities.”

“That’s awesome. Can you give me any recommendations on where to learn or what to add to portfolio to be job ready?”

“Where I’m from. You’d be required to have extra knowledge on. JS PYTHON REACT MS Word, Excel, Power Point. Data Analysis, Human relations and how to run errands before you can enough to get this house”

“Understood. Where im from.. This house isnt all that expensive.”

Meanwhile, Bioreports earlier reported that a young man with the Twitter handle @Marclevidowner showed off his huge success on the platform after getting a house.

In a tweet on Wednesday, October 14, he said he got the building at the age of 23, adding that his law degree has finally paid off in a big way.

The young man attached four lovely photos of the building. He posed in the house with a wide smile in some of the pictures.

After goalless draw at Stamford Bridge, Tottenham boss Mourinho reveals what happened to his squad against Chelsea

Big win as Nigerian man set to get key appointment from US president-elect Joe Biden, he’ll be number 2 person in charge of govt revenue

Big win as Nigerian man set to get key appointment from US president-elect Joe Biden, he'll be number 2 person in charge of govt revenue