Aribo: Is Rangers midfielder due a big move in 2021?

– Barcelona chiefs rejected the offer from the Premier League giants

Last season, Ansu Fati was one of the best players in the Spanish La Liga as he scored eight goals in 33 games for the Catalan giants.

But despite his impressive performances last term for Barcelona, the club under Setien were unable to win any title.

According to Mundo Deportivo, that form persuaded United to table an eye-watering €150m bid for the teenager at the end of the campaign.

However, then-Barca president Josep Maria Bartomeu flatly rejected the proposal despite the financial crisis facing the club amid the coronavirus pandemic.

Manchester United may still go back for Ansu Fati at the end of the ongoing season in which Barcelona would have gotten a new president. 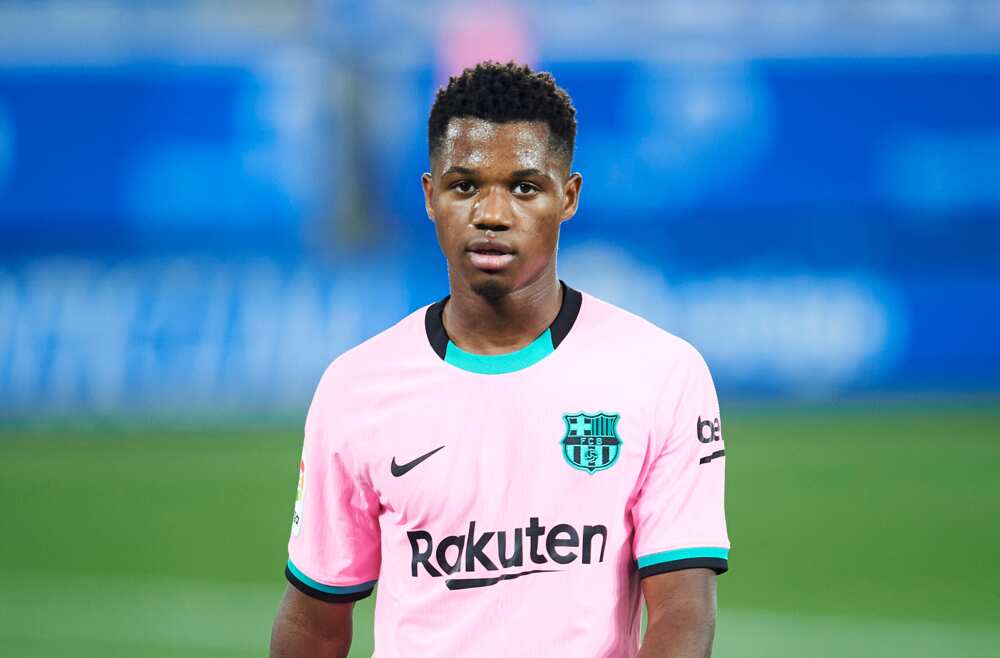 Earlier, Bioreports had reported how Ronald Koeman’s comment six years ago when he claimed that it is easy for any coach to have Lionel Messi in his team has now come back to haunt him after defeat against PSG.

To the surprise of many football fans in the world, Paris Saint-Germain defeated Barcelona 4-1 in the first leg of their Champions League round of 16 in which Kylian Mbappe scored three goals.

The defeat was another embarrassing one for Barcelona as it will be recalled how they were sent out of the Champions League last season by Bayern Munich.

In 2015 when Ronald Koeman was in charge of Southampton, the Dutchman explained that a coach should be happy having Messi Lionel in his squad because of his super qualities.