Gary Neville has stated that Victor Lindelof is a good defender but can not form a formidable partnership alongside Man United captain Harry Maguire, Daily Mail.

United’s defence came under huge criticisms after being forced to a 1-1 draw by West Brom as Ole Gunnar Solskjaer’s men lost grip in the Premier League title race.

Lindelof was blamed for West Brom’s opening goal in the third minute after he was out-muscled by Mbaye Diagne. 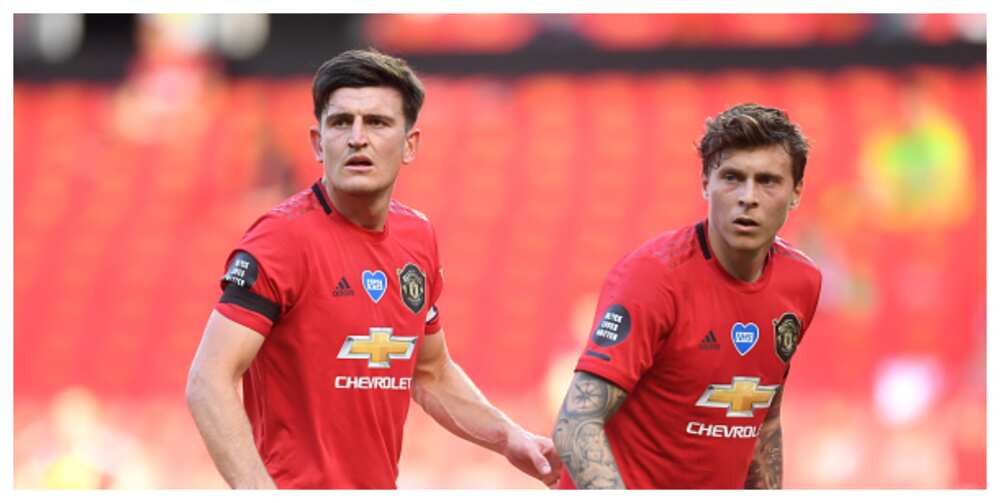 Gary Neville reveals Maguire and Lindelof are failing to work together as a team under Solskjaer.
Photo by Michael Regan
Source: Getty Images

And former Liverpool defender Jamie Carragher claimed Diagne made his way past Lindelof too easy while Neville said Lindelof’s problem is Maguire.

Neville was quoted by Daily Mail:

“I think he (Lindelof) is a really good player by the way, he understands the game, he reads the game, I think he is a good defender. I think if he was alongside a (Rio) Ferdinand or Van Dijk, I think he would make a great pair.

“The problem is he is alongside somebody who isn’t the most mobile in Harry Maguire, and I think that is the problem that Lindelof has got. That actually they have invested £80m in Maguire, so they are going to have to put somebody beside him.

“They have got to have the nerve to make the stomach churn a little bit, that there is a bit too much space in behind them than there ordinarily would be and that is what the best teams have.”

Meanwhile, Bioreports had earlier reported that Bruno Fernandes has revealed that he is yet to feel the atmosphere of fans at Old Trafford since joining Man United in January 2020, Mirror.

The Portugal international has only played four games in front of the Red Devils’ faithful since making his £46.5million from Sporting Lisbon a year ago.

United supporters have only seen three out of 30 of his goals scored as fans have not been allowed to watch matches in the stadium due to the global pandemic.