– However, his antics went unpunished, with Evra suggesting they bore hallmarks of WWE’s Hulk Hogan 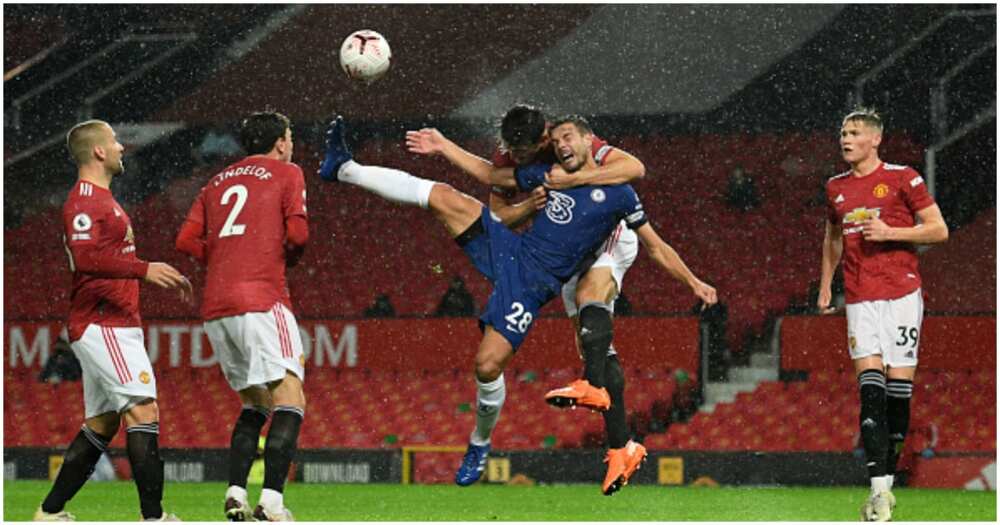 Maguire dragged down Azpilicueta in the area during Chelsea’s goalless draw with Man United in what many believed should have been a penalty. Photo by Oli Scarff.
Source: Getty Images

With both Chelsea and Man United level, Azpilicueta seemed to have earned the Blues a golden chance to take a lead from the spot as Maguire clamped him down in the area as he rose high to head Ben Chilwell’s free-kick.

However, VAR overlooked the incident allowing play to continue much to the chagrin of Blues faithful.

A number of football fans and even pundits contended the challenge should have been reviewed and a penalty awarded.

Evra, a former United defender was among former footballers who delved into the debate, admitting it was “a clear penalty.”

“I used to watch wrestling and even Hulk Hogan would do this kind of move,” Metro UK quoted the Frenchman saying.

Evra’s swipe on Maguire for the challenge was in tandem with Chelsea legend’s Jimmy Floyd Hasselbaink who claimed Maguire strangled his counterpart.

Hasselbaink was left raging after the referee failed to award his former side a penalty.

On his part, Azpilicueta, who spoke after the match said he was perturbed by the referee’s decision not to review the incident. 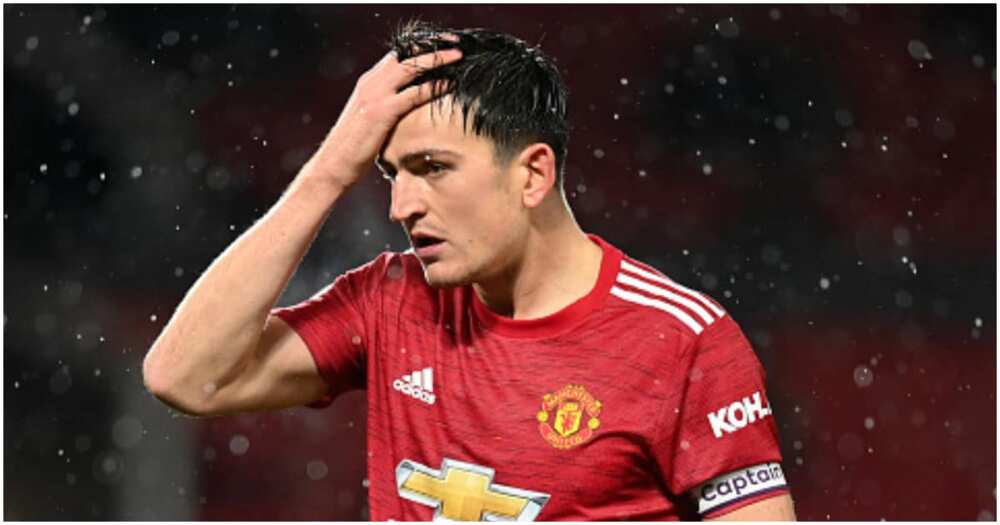 “The referee can make the decision, the VAR is there [to help]. In any situation, the referee takes the main decisions and the monitor is there for him to help.”

Despite the match ending in a goalless draw, United fluffed a couple of chances, with Chelsea having Édouard Mendy to thank for saving Marcus Rashford’s potential match winner late on.

The result means the Red Devils remain 15th on the charts with seven points, two off the west London side who occupy sixth place.

After a largely cagey opening half, the encounter sprang to life moments before the break as Édouard Mendy almost put the ball through his own net with a stray pass but made up for his nearly costly mistake with important saves.

By Emma Elekwa, Onitsha A middle-aged woman was on Tuesday crushed to death by a hit-and-run driver in Onitsha, Anambra...

On CNN’s reportage of the EndSARS protest

BREAKING: UCL: Chelsea advance to Round of 16