10 seconds ago by
Ibitoye Shittu

Manchester United have been reportedly given their full money back on the transfer of Chinese striker Fangzhuo after the 35-year-old failed at Old Trafford with the Red Devils.

Fangzhuo’s career at Old Trafford and even in football was not a prosperous one as the Chinese striker was unable to win any title before retiring from the game.

Sir Alex Ferguson was the gaffer at Manchester United then when the Red Devils signed the Chinese striker in 2004 from Dalian Shide.

But throughout the four years that he spent with the Premier League giants, he was only able to play three matches and scored no goal.

The Red Devils’ coaching staff were not impressed with his performances most especially in training which forced them to terminate his contract.

According to the latest report, Manchester United actually had an agreement with Dalian Shide before they signed Fangzhuo.

Dalian Shide were said to have agreed to pay Manchester United back their money which was £500,000 since they were not pleased with the striker.

After his contract was terminated by Manchester United, Fangzhuo moved back to Dalian and also had stints in Poland and Portugal before he retired at the age of 29.

Fangzhuo actually began his football career at Dalian Saidelong in 2002 and played 1 games netting two goals before he moved to Dalian Shide.

He spent two years at Shide playing eight games before was spotted by then Manchester United coach Ferguson who decided to sign him in 2004. 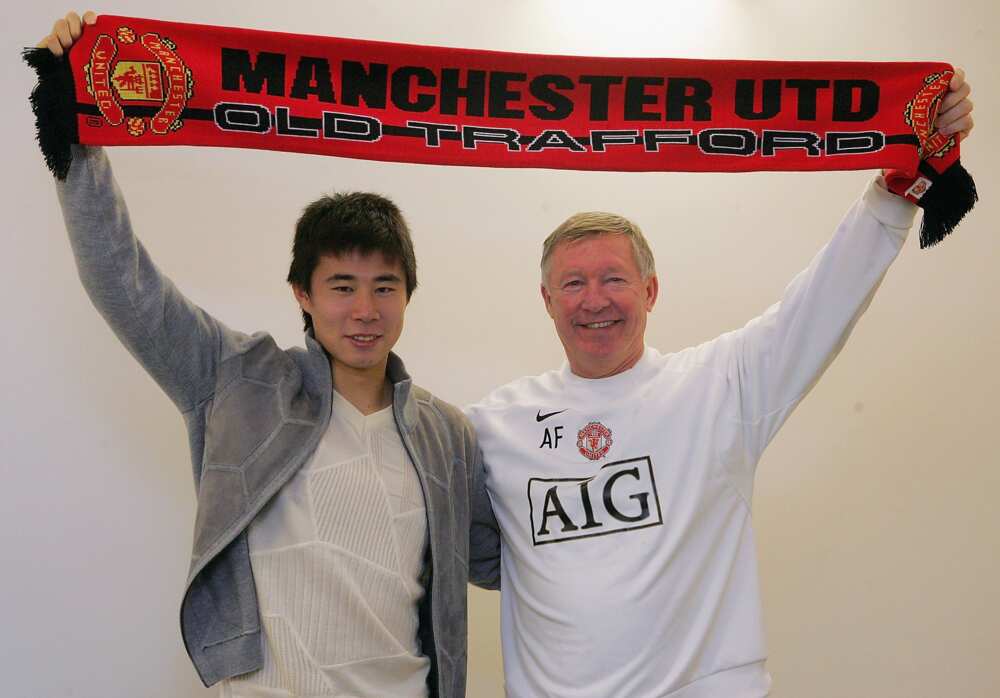 Fangzhuo: Manchester United get back their money after striker failed at Old Trafford.
Photo by John Peters
Source: Getty Images

Earlier, Bioreports had reported how Manchester United who are Premier League giants are reportedly not giving up on the transfer of Barcelona star Ousmane Dembele and the Red Devils will go for him in January 2021.

For the past few months, Ousmane Dembele has been linked with a move to Manchester United as the Old Trafford landlords want to bolster their squad.

Dembele who can play as a winger and striker had a last minute change of heart and stayed at the Nou Camp under new Barcelona gaffer Ronald Koeman.

Dembele who won the World Cup title with France in 2018 has a contract with Barcelona until 2022 and Manchester United must meet the Catalans’ giants for them to sign him.

He joined Barcelona from Borussia Dortmund in 2017, and Dembele has so far played 57 games for Barcelona scoring 13 goals.

Young Nigerian man 'becomes' Osinbajo's shoemaker after tweeting at him on Twitter, this was he advertised to him (photos)