Man United’s fourth goalkeeper Lee Grant was spotted holding up the substitute board during their game against Newcastle at Old Trafford, Twitter.

The 38-year-old hoisted the board up when Juan Mata and debutant Shola Shoretire were about to come in for Daniel James and Marcus Rashford.

Grant is also among the coaching staff and works as a goalkeeper trainer with the Red Devils but fans were surprised to see the veteran doing the referee’s fourth official’s job on the sidelines. 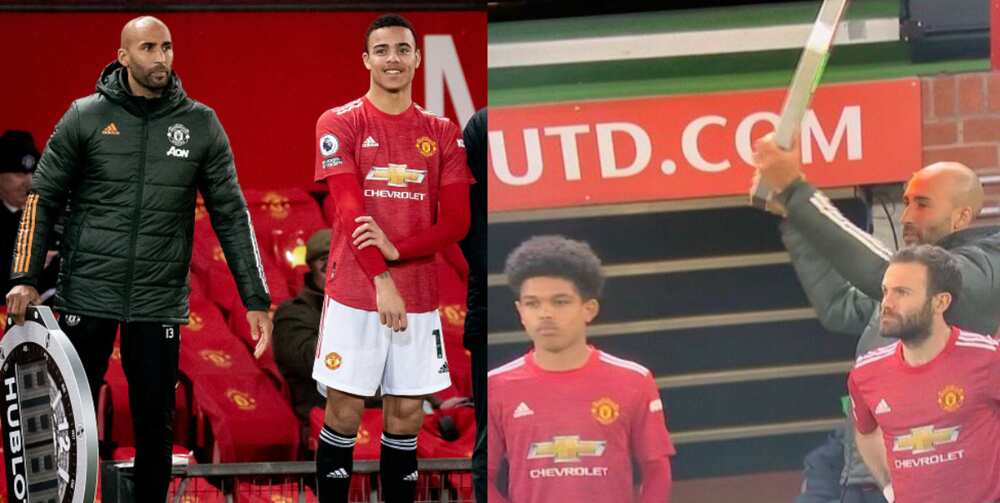 “Lee Grant, a man of many talents.”

“Lee Grant holding up the subs board is one image I thought i’d never see.”

“The image of Shoretire coming on for his debut is always gonna make me laugh now I’ve spotted Lee Grant.”

While the seventh added:

“That’s the most I’ve seen of Lee Grant as a @ManUtd player.

“Quality 4th officialling on show there.”

Reports claim that there were governemnt restrictions due to the pandemic which means that a limited number of people are allowed on the touchline.

At Anfield, Carlo Ancelotti’s assistant Ducan Ferguson was also spotted holding up teh subs board during Everton’s 2-0 win over Liverpool.

Meanwhile, Bioreports had earlier reported that Manchester United have registered a 3-1 win over impressive Newcastle United on Sunday night, February 21.

It was fight to finish at the Old Trafford but it was the Red Devils that claimed all three points courtesy goals from Marcus Rashford, Daniel James and Bruno Fernandes.

The hosts took the lead in the 29th minute following a sensational strike by forward Marcus Rashford.