A distraught radio personality has cried out over what was an ugly incident that occurred in his residence.

The OAP of a radio station which is still unknown as of time of filing this report said the raid took place in the wee hours of today, precisely some minutes past 5:00am. 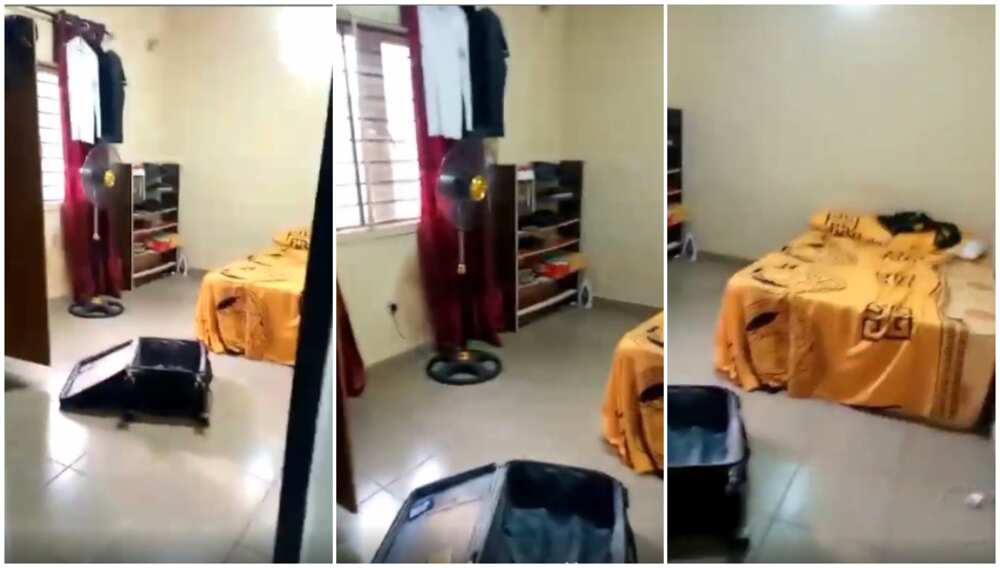 In the video, seen by Bioreports, shared by nollywood actress and radio host Omotunde Adebowale-David on her Instagram page @officiallolo1 earlier today claiming one of her OAPs was the victim in the said video the man’s house appeared scattered.

In his exact account of the incident that took place at Terra Annex, Sangotedo, Lagos, he said:

“…Early this morning by past 5 some group of men barged into my house banging my door, then i was praying.

“Before I could come out to open the door they have already broken my door. They entered my house, they dragged my younger brother out. They were beating him. Then when I came out, they took my phone from me and asked me to sit on the floor.”

He enquired who they were and why he was being ordered to sit on the floor. They responded that they were from the EFCC on manhunt for a group of persons and ordered him to provide his laptop.

Despite his showing them his identification card they ransacked his room. The men however refused showing a means of identification or revealing their names.

He didn’t press further and watched as they left his room to round up some of his neighbors.

Meanwhile, Bioreports had earlier reported about a video that emerged on social media in which a Nigerian man was robbed in broad daylight.

In the video that was shared on Twitter by a tweep with the handle @SodiqTade, a young man could be seen making a phone call when a bike approached him. One of the passengers got down and snatched the man’s phone from him.

After lady was rejected thrice at BBNaija audition, see how her life changed, she just opened a big studio in Lekki (photos)

After lady was rejected thrice at BBNaija audition, see how her life changed, she just opened a big studio in Lekki (photos)