A young man identified as Desmond Tanko Jumbam has shared an inspiring story of how he entered Harvard University.

Desmond joined the viral “How it started vs how it’s going’ trend and shared his story on Twitter.

According to the post he made, he used to live in a dilapidated house but did not let his background hold him back. 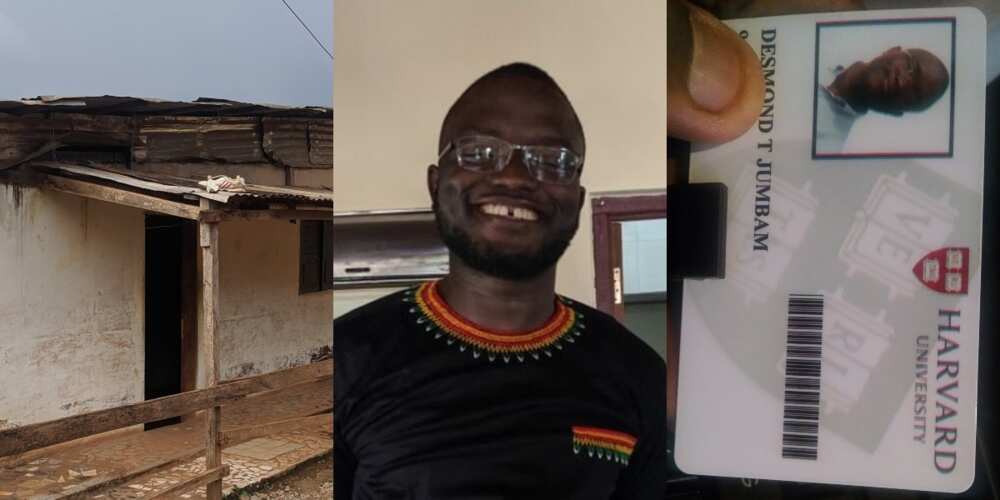 He worked hard in school as a student and managed to make it into world-renowned university, Harvard.

According to Jumbam, entering Harvard did not come easy but he acknowledged the fact that he received massive support from a number of people.

After posting the “how it started vs how it’s going” photos, Jumbam captioned them:

“This tweet is incomplete without acknowledging the many people who believed in me, and made sacrifices to get me to where I am; my mom, dad, aunties and uncles, family, friends, teachers, college professors, even strangers. Long list. I have a responsibility to pass it on.”

In other news, a stunning young lady with the Twitter handle @pretty_hun_ (Nondumiso Mthembu) has shared her passions and talents on the social networking site.Nondumiso shared an article about herself from 2015 when she represented South Africa at the International Youth Science Expo in London.

The second image she shared is a more recent one of her posing outside the Royal Academy of Engineering in London. She shared the images as part of the “how it started vs how it’s going ” trend on Twitter.

26-year-old goes into farming, succeeds after he could not get this internship (photos)