Man dies 3 hours after tweeting that Nigeria will not end him, girlfriend mourns online (photos)

Three hours after tweeting that Nigeria will not end him, a young man called Okechukwu was killed by thugs in his home.

Friends and other Nigerians took to Twitter on Wednesday, October 21, to mourn the death of the young man whom many described as a brilliant designer.

Simply called Derin, Okechukwu’s girlfriend also took to Twitter to mourn the bitter loss of her lover. According to her, his dream was to be a world-class designer and he was already getting there.

Derin shared a photo with Okechukwu, noting that they had forever to go but he died and left her.

Narrating how he died, Okechukwu’s brother, Daniel stated that they were attacked in their home by hoodlums. He revealed that the hoodlums destroyed their properties and came for them in the house.

While Okechukwu was ensuring that they take all they want and leave their lives, one of the hoodlums stabbed him in the neck. 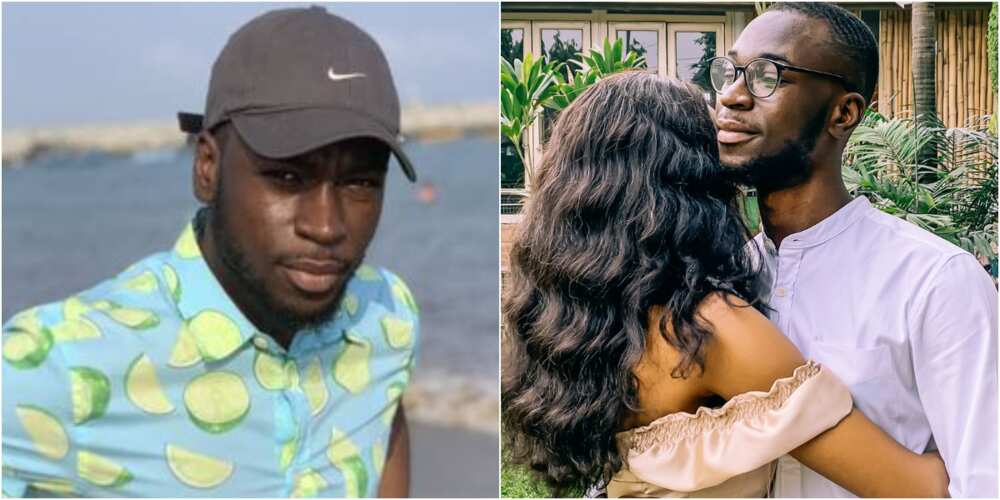 Oke died 3 hours after tweeting that Nigeria will not end him.
Photo: Twitter/@derinmama
Source: Instagram

By the time, they took Okechukwu to the second hospital as he was rejected at the first hospital, he gave up the ghost.

Suspected hoodlums on a mission had attacked the police barracks at Makinde where Oke and his family lived.

He explained that it was not a police bullet that killed his brother.

In other news, Bioreports earlier reported that a man died days after his wedding to a beautiful bride.

The man identified as Rex Ebube died in a ghastly motor accident.

The accident was said to have happened in Asaba when he was coming to his home in Lagos. A Facebook account with the name Ben Chiedo said that the accident occurred as a tipper rammed into his vehicle.

Just in: After poor show at friendly against Algeria and Tunisia, Super Eagles drop in latest Fifa rankings