– Aguero has won many trophies with City including four Premier League titles, five League Cups and One FA Cup

Barcelona has joined in the race to sign Manchester City striker Sergio Aguero as he enters the last six months in his contract at the Etihad.

The Argentine international is free to talk to other clubs and Barca are keen on the former Atletico Madrid star.

The 32-year-old has not been offered a new contract at City and by the end of the season, he would have spent ten years with the Manchester-based club. 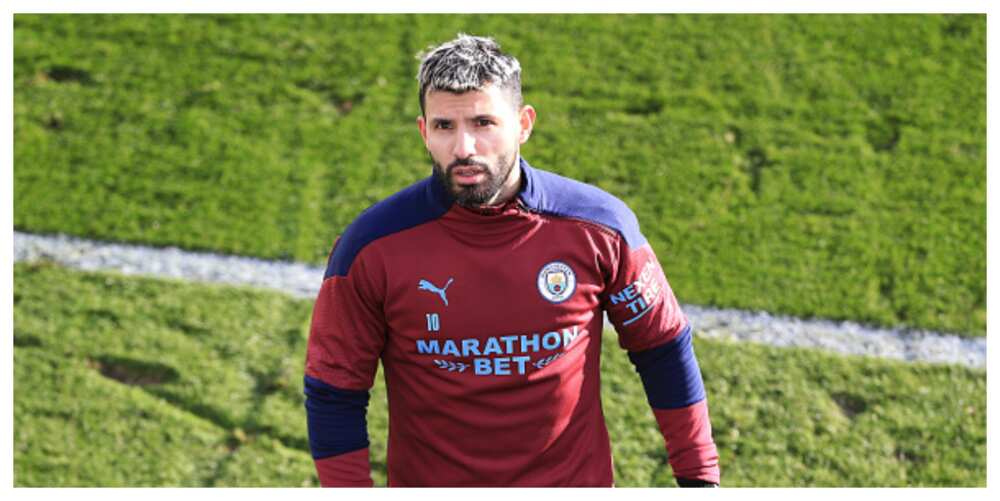 The former Independiente star will miss the Citizens clash with Brighton and Crysta Palace as he is currently isolating after meeting someone that contracted COVID-19.

Aguero has also been linked with a move to Paris Saint-Germain as new boss Mauricio Pochettino is an admirer of his compatriot.

“He’s quarantined. Isolated. The rules, I think, say that after nine or 10 days he will be back.”

Aguero has won four Premier League titles, five EFL Cups and one FA Cup during his spell at the Etihad.

Guardiola believes the prolific striker will get back to his best this season to rediscover his form with the sky blue outfit.

“Hopefully he will, that’s what I wish.”

Meanwhile, Bioreports had earlier reported that Man City star Sergio Aguero has expressed regret for splashing a mouthwatering £361,000 to purchase a Lamborghini Aventador.

Aguero is understood to have coughed up the staggering amount to acquire the luxurious supercar back in 2014.

SunSport reports Kun, as he is fondly known immediately customised the car, wrapping it in satin black.

He also upgraded its interior look, with the custom wheels getting an orange trim to match the interior. However, the Argentine star still feels the buy was a waste of money as he barely uses the car.