Riyad Mahrez has been known for scoring fantastic goals in his career and it seems he has scored the best in his career.

The Manchester City forward was on song for Algerian during the 2-2 draw with Zimbabwe in their AFCON 2022 qualifier.

The defending African champions threw away a 2-0 first-half lead against The Warriors, but there was a moment of magic in the game. 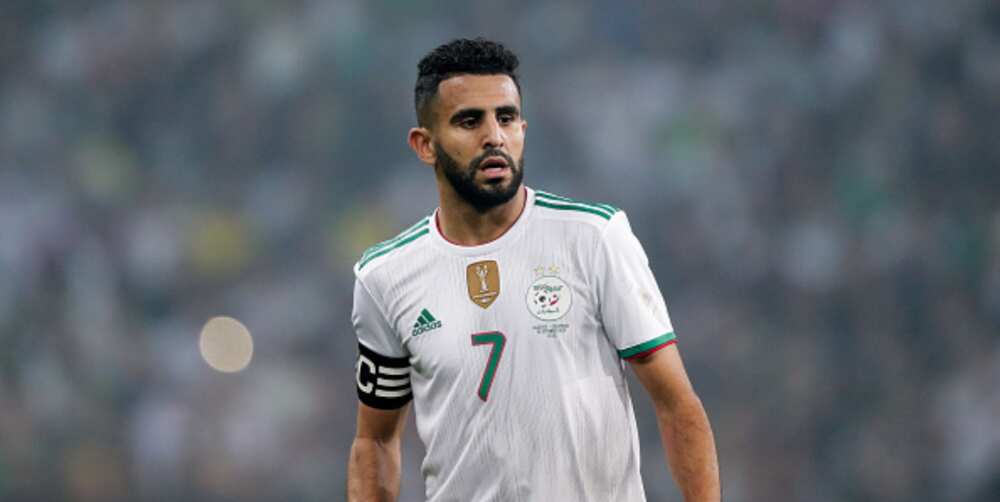 Andy Delort had put the North Africans ahead in the 34th minute but the most defining moment in the game came four minutes later.

Algeria started a counter-attack from the half and Mahrez was located with a long diagonal ball down the right.

The 29-year-old’s first touch was brilliant and the second was even better as he rounded the Zimbabwean defender twice before putting the ball into the back of the net.

Mahrez’s effort is going to be a contender for the 2020 Puskas award following the brilliant individual display.

The former Leicester City star has had a difficult start with City in the 2020-21 campaign but he is still holding it down for Algeria as their best player.

He has now scored 18 goals in just 61 appearances and notched 31 assists during his international career.

Despite dropping points in Harare, the Desert Foxes are just a point away from securing qualification into the AFCON 2022 tournament in Cameroun.

Meanwhile, Bioreports had earlier reported that Mathieu Flamini has refuted claims that he is rich enough to buy his former club Arsenal after Forbes quoted the Frenchman in having €30billion in his bank account.

The 36-years-old who had two spells with the Gunners and made 246 appearances, winning three FA Cup trophies.

He had spells in Serie A with AC Milan, Marseille, Crystal Palace and Getafe, but he is currently clubless after leaving the La Liga side last year.