– A young man celebrated his dad, saying the man looks 31 years younger than his real age

A young Nigerian man with Twitter handle @LaoluCarsell on Friday, February 19, honoured his dad on when was probably his birthday.

The man said that the man is 71 years old, he looks 40 as he humorously complimented his father’s nose.

In the photo he shared on the bird app, both of them are in traditional wear with matching blue cap positioned the way the Yorubas like it.

His post has stirred massive reactions on social media with many saying his dad looks his real age. Those who were careless with their comments got apt responses.

As at the time of writing this report, the tweets has gathered hundreds of quoted replies with over 12,000 likes.

“Bro…he even looks years above 71, just celebrate him in peace…”

“This is so unfortunate. People can not respect others again? Mothers should raise their kids well to reduce the nuisance we have in the society. The comments on this post is so so unnecessary. Making gest of others is what I hate mostly in this life.” 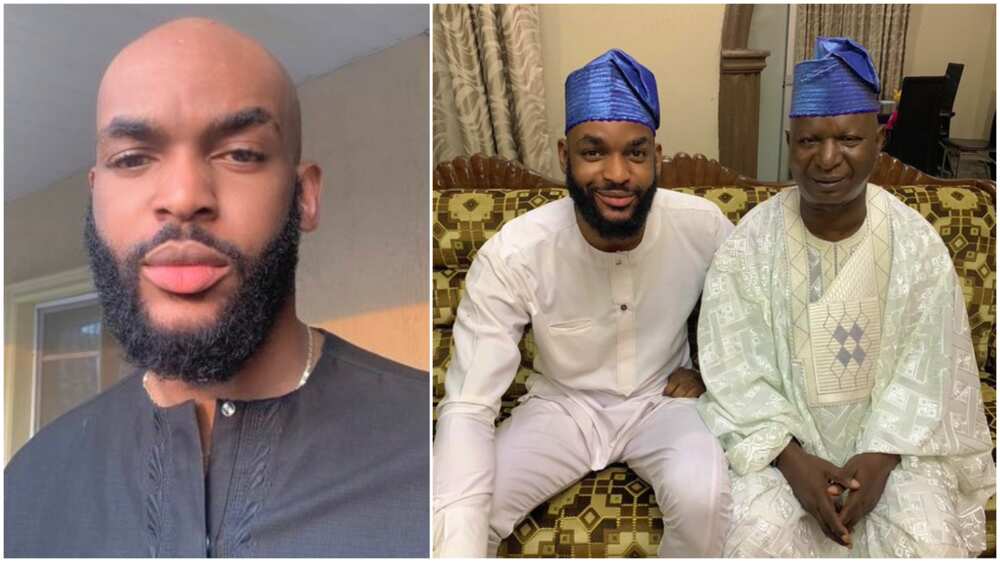 “I thank God on your behalf for keeping your dad to see 71 and to see his son celebrate him. May he see many more years in health and prosperity. He is indeed blessed to have you.”

Meanwhile, Bioreports earlier reported that the photos of a woman with the Twitter name Skai Jackson, an American YouTuber and actress, and her mother have got many people talking.

They both have a striking resemblance that people can hardly tell who is the mother from the daughter in their matching outfit.

When the photos surfaced on Twitter, they quickly went viral, drawing diverse comments from tweeps.