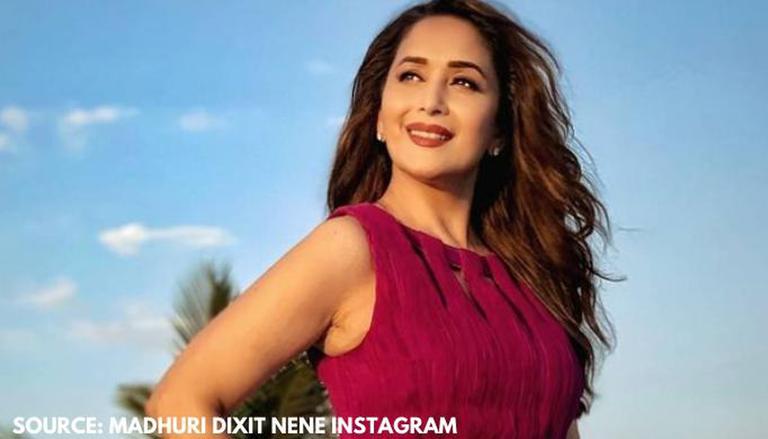 Actor Madhuri Dixit Nene, who is also a fitness enthusiast, has decided to celebrate International Yoga Day 2021, by teaching some yoga asanas to her fans and followers. She began posting videos of the asanas from June 17.

On 17 June, the Dedh Ishqiya actor posted a video of the first asana on her Instagram. In this video, she displays how to correctly perform the bhujangasana, the snake pose. She also mentions the benefits of the asana in the caption of the post. In the caption, she wrote, “Yoga has always been a part of my fitness regime. As #InternationalYogaDay is coming up I want to share some simple asanas & invite you all to join me,” and later, mentioning that on day-1 she would teach the bhujangasana, she wrote, “Day 1 – #Bhujangasana to strengthen the spine, stimulate abdominal organs, and relieve stress & fatigue. Create reels remix of the poses every day & join me for this special series of #DailyYogaWithMe.”

On June 18, Madhuri Dixit Nene posted the next video of her ‘Daily Yoga With Me’ series. In this video, she is performing the mudrasana and in the caption of this post, she wrote, “#DailyYogaWithMe Day 3 – #YogaMudraAsana 🧘‍♀️ A perfect pose to strengthen the digestive organs. #InternationalYogaDay.”

Madhuri Dixit’s movies and other works in recent times

Madhuri Dixit Nene is currently seen as a judge in the Hindi dance reality show, Dance Deewane, which airs on Colors TV. The show premiered in February. Along with Madhuri Dixit Nene, choreographers Dharmesh Yelande and Tushar Kalia are also judges on the show.

In terms of her film career, Madhuri Dixit Nene was last seen in the 2019 films Kalank and Total Dhamaal. In the same year, she had also produced a Marathi film, titled 15 August. Starring Mrunmanyee Deshpande, Abhishek Deshmukh, and Rahul Pethe, 15 August was released on Netflix on March 29. Madhuri had made her acting debut in the Marathi film industry in 2018, with the film Bucket List, which also starred Sumeet Raghavan in the lead role alongside her.

Disclaimer: The content provided above is for information purpose. This is no way intended to be a substitute for professional medical advice, diagnosis, or treatment. Always seek the advice of your physician or other qualified health providers with any questions you may have regarding a medical condition.

Get the latest entertainment news from India & around the world. Now follow your favourite television celebs and telly updates. Republic World is your one-stop destination for trending Bollywood news. Tune in today to stay updated with all the latest news and headlines from the world of entertainment.

Happy 80th birthday, Delia Smith! 10 lessons she has taught us – The Irish Times

YouTuber dies after falling off Italian mountain while...

Joaquin Phoenix is unrecognisable in his new movie...