Luis Suarez appears to have pushed his disappointment with Barcelona behind him as he looks forward to exciting times with his new club Atletico Madrid.

The 33-year-old forward completed a two-year move to Los Rojiblancos in a deal around £5.5 million after parting ways with the Catalans this month.

Though the circumstances surrounding his exit from the Nou Camp was not palatable, the Uruguay international is moving on with his life.

New Barca boss Ronaldo Koeman was said to have told him he has no future at the club and his contract, which was due next June was mutually terminated by the La Liga outfit. 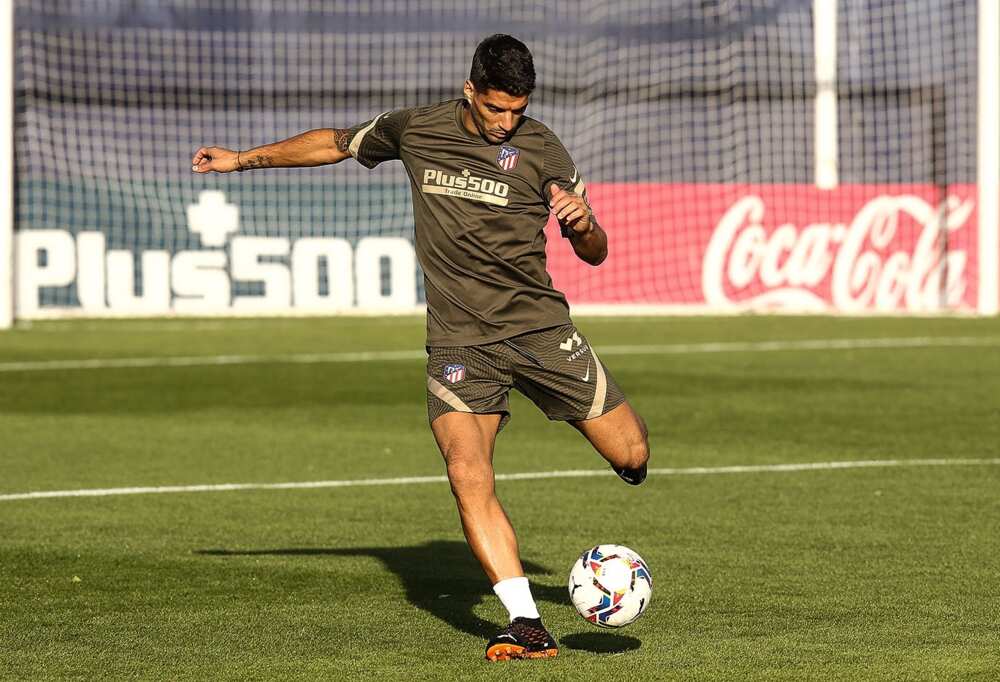 Luis Suarez already getting acquainted with the new turf as he begins a new challenge at Atletico Madrid.
Credit – Suarez’s Twitter
Source: Twitter

However, after training with his new teammates for the first since his move, the former Liverpool star said he is ready for the challenge.

“Thanks a lot for the support and all your messages. ‘Now it’s time to enjoy and achieve important things this season.”

He also became the club’s third-highest goals scorer with 198 goals from 283 appearances across competitions.

Bioreports earlier reported that Luis Suarez has completed a two-year move to Spanish League rival, Atletico Madrid from Barcelona on a free transfer.

The 33-year-old left the Catalan club this transfer window after Ronald Koeman informed him he is not part of his plans going forward.

Sources close to the attacker revealed he had to take about sixty percent pay cut to join Diego Simeone’s side.

Nigerian man vows to trek from Abuja to Lagos if Laycon wins Big Brother Naija show, here is why (photos)

Nigerian man vows to trek from Abuja to Lagos if Laycon wins Big Brother Naija show, here is why (photos)