– According to her, celebrities are also human and stardom does not erase natural stupidity

Popular Nigerian actress, Mary Remmy Njoku, recently took to social media to address people who were expecting so much from them because of their celebrity status.

According to the film star, people should lower the expectations they have from celebrities because they are also regular human beings. She continued by saying that famous people are not super humans and that stardom cannot remove a person’s natural stupidity. 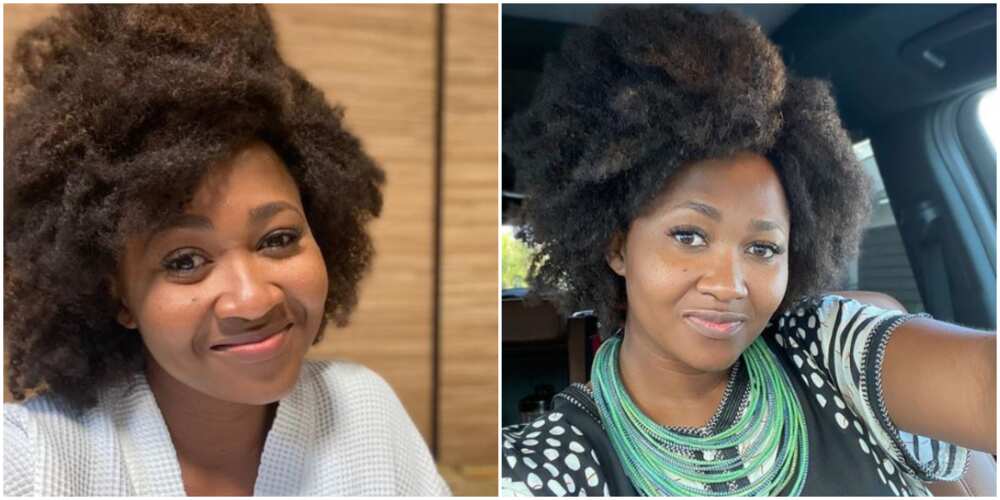 Actress Mary Njoku has told fans not to expect too much from celebrities.
Photos: @maryremmynjoku / IG.
Source: Instagram

This is coming in the wake of the recent happenings in Nigeria concerning the End SARS protests among other things and how youths wanted celebrities to speak up and also blamed them if anything went wrong.

“Pls bear with us. Celebrities are not super humans. Stardom cannot erase a natural stupidity. Lower your expectations and bear with us in these trying times. Raised fist.”

As expected, a number of people took to the comment section to react to her post. Some people did not agree that fans should not have expectations from their celebs. According to them, certain power comes with responsibility.

“With certain power comes liability. We can only play a role. I gather that a voice such as yours easily land on a thousand ears compare to the less influencial. I believe that when people’s morale bleed out, a celebrity better play the role of rekindling #EndSARS.”

People be thinking celebs are super human. Don’t blame anyone, it is movie that caused it.

She’s right, most just have fame but 0 sense

In other news, Bioreports reported that veteran actress, Lilian Bach, was also a victim of the unrest in Lagos after her shop was wiped clean by looters who vandalised the Adeniran Ogunsanya Mall in Surulere.

Nigerian celebrities in politics: YES or NO? | Bioreports