– A proud boyfriend, @PapiZwane, took to social media to rave about his amazing partner

– His girlfriend, @pattieGatyi, recently got admitted as an attorney of the High Court

It is so inspiring to see relationships where the boyfriends support their powerhouse girlfriends. One man, @PapiZwane, could not have been prouder of his bae – who was only identified as @pappieGatyi.

On Thursday, @PapiZwane revealed the inspiring young woman had been admitted as an attorney of the High Court.

He shared photos of the special day and captioned the post:

“Oi! Oi! Did somebody just say “ADMITTED ATTORNEY OF THE HIGH COURT”??!! Well…”

The newly admitted attorney responded to the sweet tweet with: 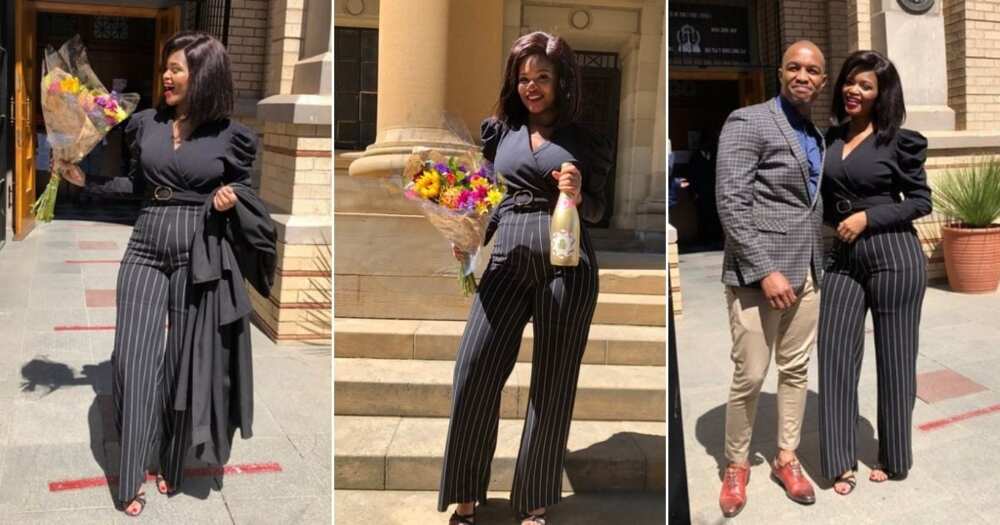 A beautiful young woman has achieved an amazing feat. She was admitted as an attorney of the High Court of South Africa. Photo: @PapiZwane/Twitter.
.

The post gathered a lot of positive reactions as South Africans were inspired by the woman’s achievement.

“Congratulations are in order, may you continue to represent Mzansi and it’s people, justly and fairly. To may years of excellence from and for you.”

Another tweep with the handle @Maphumzah wrote:

“Beauty with brains, congratulations to her.”

“Cheers dear patriot. Live well to be the icon you desire to be.Inspire others less fortunate than yourself so that they may also find their purpose. Become an agent of the Lord in your future successes & endeavor call upon the Holy Spirit to dwell in your home and in your heart.”

In other news, congratulatory messages are pouring in for a Nigerian lady on Twitter with the handle @Cherylsfx1 after being called to bar.

In the first picture, the lady sat beside her father in a library as the latter showed her something from a book. She appeared to be paying keen interest in what her father was showing her from the book.