Recalled that the Reds needed just a draw between the two teams to decide who would be crowned Premier League champions for the first time in about three decades.

The defender has now revealed that he dropped a selfie of himself donning the jersey he had exchanged with Bily Gilmour earlier in the season on the team’s Whatsapp group on the eve of their title celebrations.

However, that did not go down well with the rest of the squad. The Scottish left-back was said to have sent the picture in jest to get a reaction from his team-mates – and it certainly worked. 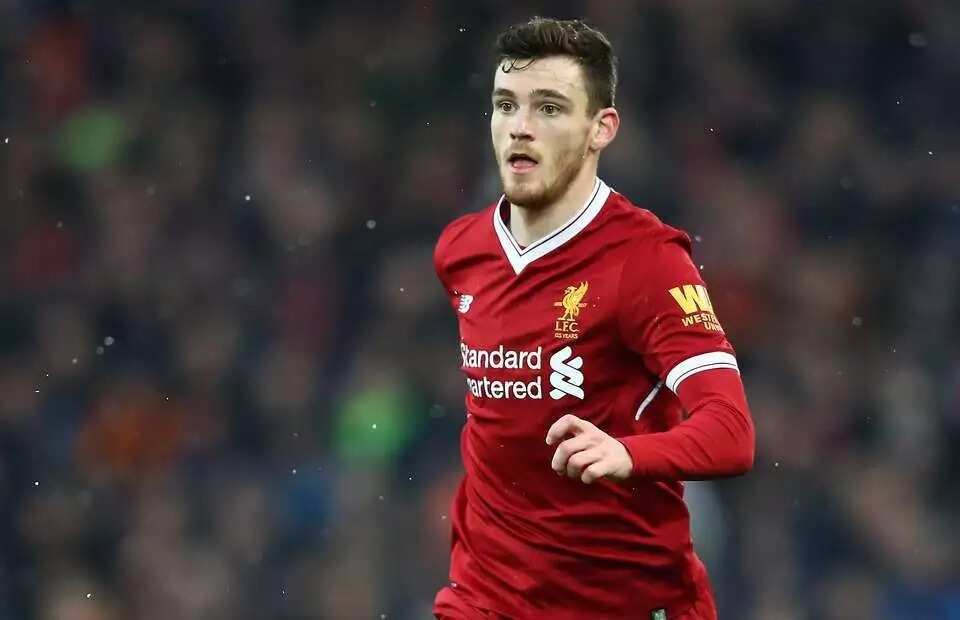 The Mirror in its reports reveals that the defender was showered with rains of abuse and emojis immediately after sending the snap.

Although Robertson was catching his fun with the post, it could not be mistaken that every Liverpool player and supporter was a Chelsea fan on the night they won the league.

“What should you wear if you are a Liverpool player preparing for what could turn out to be the greatest day of your football career so far? Easy – a Chelsea shirt,” pens Robertson in his new book.

“As the rest of the lads were getting ready for a barbecue that we all hoped would turn into a title winners party, I went into my wardrobe and pulled out the shirt that Billy Gilmour had given me a few months earlier.

“Putting it on, it felt a bit snug but I was going for the colour, not the fit. A quick selfie followed and I posted the picture on our group chat straight away.

“‘Lads, what’s the dress code for tonight?’ I asked and a series of uncomplimentary responses and emojis sent my phone into overdrive. ‘Shorts and t-shirt it is then,’ I thought.

Bioreports earlier reported that Frank Lampard has conceded to the fact that it is too early to ask if Chelsea are in contention to win the Premier League this season.

Lampard’s men broke Brighton’s stubborn resistance, but their performance at the AMEX Stadium was far from convincing.