Little kid creates smart way of learning alphabet as he raps about his ABC, many react (video)

– A smart young boy has sung about the alphabet as he created lovely concepts around letters, talking about how each stands for a profession

– With strong bars associated with a rapper who is worth their salt, the boy confidently rapped with much confidence

An intelligent boy has shown a very smart way to learn the ABC as he raps about the alphabet, rhyming them into beautiful concepts.

In a video that has been watched close to two million times at the time of writing this report, the boy infuses enough gusto into his art that anybody would love to go back to their ABC.

An older person, perhaps his father or granny, acts as his hypeman as the person sat behind him to support his performance.

When he started, he said: 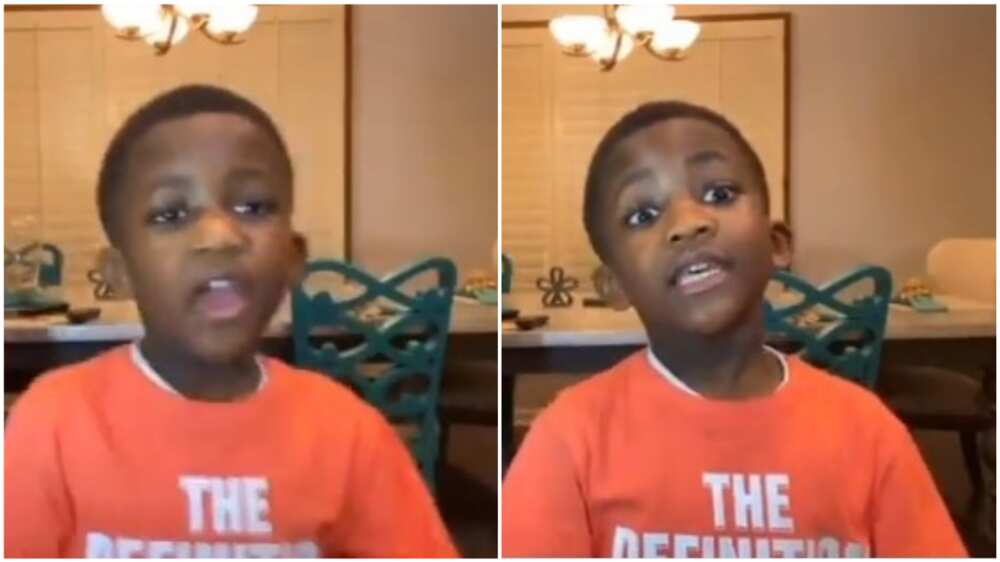 The interesting thing about it all is that, as the kid rapped about each alphabet around professions, he spoke about how the mentioned fields affect life. He did all that in a song!

The clip has received hundreds of comments with many praising the kid for creating such educative content.

See some of the reactions below:

“That is the most adorable video I have seen all day!! I don’t even think I can pronounce gastroenterologist lol!”

“This little boy is so dam*n ca-uuute and SMART to the tenth power and the Father (Grandfather? Sorry if wrong about that HOL) in the background is too.. makes me joyous and want to hug them both! Perfect example of how to raise children!”

“Them go tell this child to become doctor now when he is already a musician.”

“YES!!! We need this video to be shared in all kinder and elementary schools. These kids need to know what they can be. So creative! Super cute!”

“Young man already knows meaningful careers he can venture into. In Nigeria it’s Doctor, Lawyer or you don’t know book.”

Meanwhile, Bioreports earlier reported that a baby brother has shown empathy and became a perfect example of how humans should be towards each other.

In a viral video, the toddler calms his sister down in a funny but effective manner that delivered a good result.

As babies are known to do whenever they need attention or are in need of something, the baby whined nonstop until her brother stepped in.