– When asked how much Jayden would have with $1, one quarter and two pennies, he blurted out laughing “Jay broke!”

The video of a little boy during his mathematics lesson has got everyone talking about how very funny he is.

After reading out a question from his textbook, the boy gave the most unlikely answer to it as he followed it up with a burst of very infective laughter.

The unnamed kid answered: “Jay broke!” as he went into a pearl of laughter. Many have been commenting on his funny act and how happy he seemed to have easily ‘solved’ the question.

As at the time of writing this report, the video of the kid has been watched over 4 million times with many saying the boy’s comedic show really got them laughing. 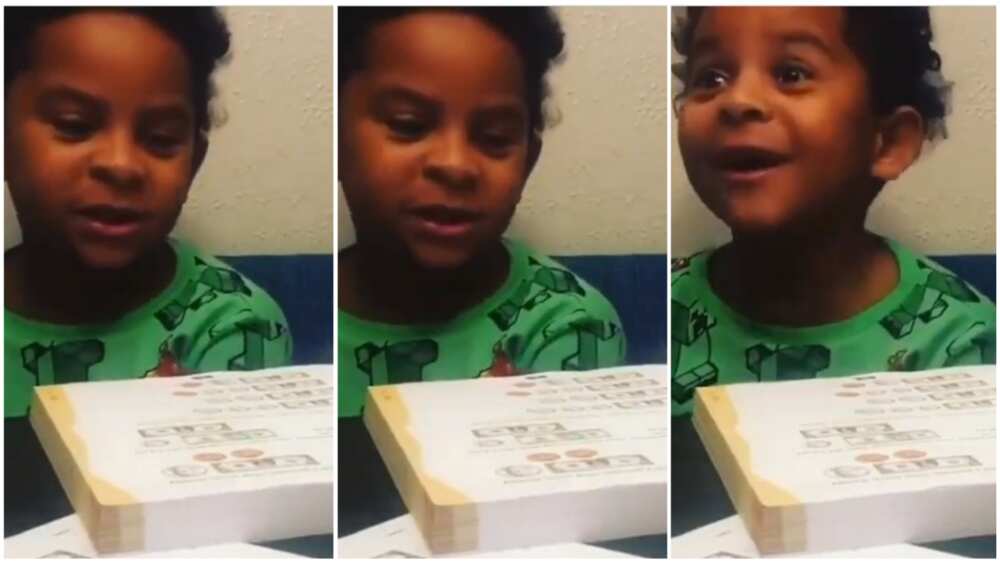 There were people who shared their experiences teaching kids like him. Below are some of the reactions it generated:

“Did substitute teaching for yrs and it was kids like him that kept me going back for more.”

“I was a teachers aide for six years, and I agree. Kids like Jaden made my day everyday.”

“I really laughed, is that your kid?”

“In 2014, I realized gr-5 students did not know how to sit & do homework at home. I stayed after school every day that year, Monday to Friday, for any students who wanted to come to ‘homework hour’. We did homework during ‘silliness hour’. God I miss that!”

Meanwhile, Bioreports earlier reported that the video of a brother and sister performing a wrestling fight broke the internet.

Posted by @KelzMff, the Twitter user captioned the video: “Please, don’t try this at home”. In the funny clip that has got many talking online, the older of the two children handles the other with utmost care.