a minute ago by
Taiwo Owolawi

Nigerian musician, Paul Okoye, has called out his twin brother, Peter’s wife on social media after her message to them on their birthday.

The PSquare brothers’ birthday seems to have come with an unusual amount of drama this year with people sharing their hot takes on the situation.

Paul recently had people debating on social media after he called his brother’s wife, Lola Omotayo, a manipulative person and a hypocrite. 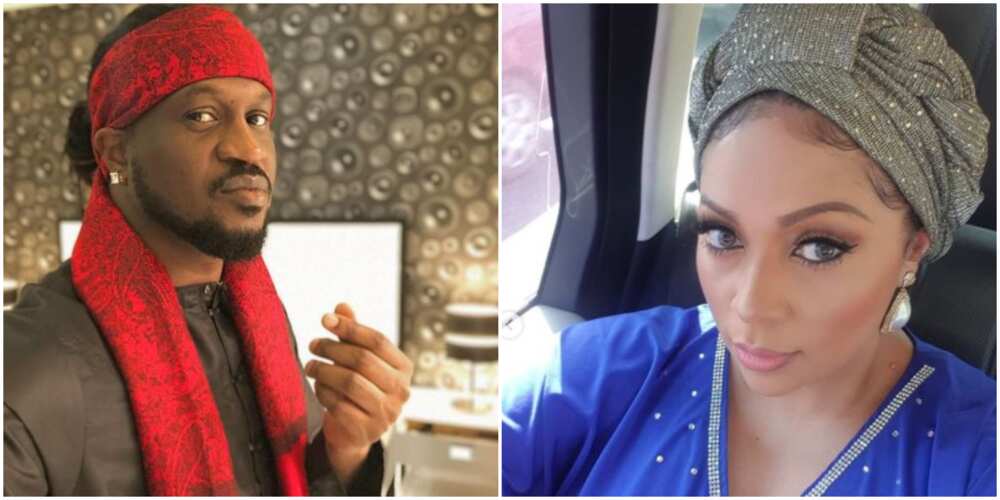 Paul Okoye did not appreciate his brother’s wife’s birthday message to him on his birthday.
Photos: @iamkingrudy, @lolaomotayo_okoye.
Source: Instagram

According to him, Lola was almost at the age of 50 but she still wanted to be in control as usual.

The singer said that he and Lola had not spoken for four years but that once it was their birthday, she came out as usual to type rubbish so people can comment about their admiration for her and how she is a good woman, not knowing that she does evil things behind closed doors.

Further in his rant, Paul said that their birthday would come again next year and Lola would come with her usual message. The singer said he is known not to be a pretender.

Paul also told Lola to keep up what she was doing and that he chose not to expose her and kept mute for the past few years. He said he kept it that way because it was a family matter and he ended the note by telling his brother’s wife to let her guilt deal with her. 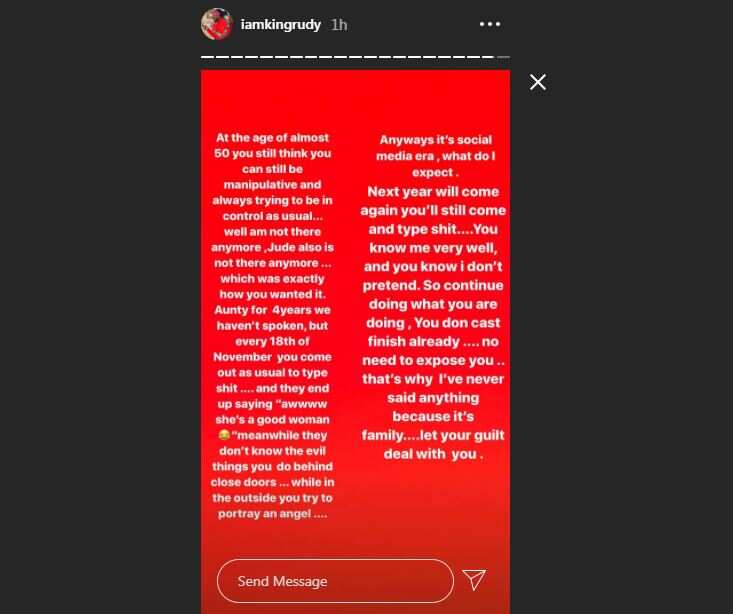 Paul Okoye called his twin brother’s wife, Lola, a hypocrite after her birthday message to them.
Photo: @iamkingrudy
Source: Instagram

Bioreports just reported that popular actress, Omotola Jalade, was recently dragged on social media for celebrating only Peter Okoye on his birthday and ignoring his twin brother, Paul.

It is no longer news that the PSquare twins are no longer on good terms and fans have been trying to patch things up between them.