– The Ghana government expressed great interest in mining bauxite in the forest, which will deplete the rich natural resource

Leonardo DiCaprio who acted as Jack in the famous Titanic and also starred in a host of other movies has called on the Ghana government to make sure the Atewa Forest is kept safe.

In a video sighted by Bioreports on the verified Twitter handle of the world-renowned actor, it is indicated that the forest in Ghana is one of the earth’s irreplaceable places keeping the planet alive.

The Atewa Forest is described as a key biodiversity area that is critical to the persistence of global biodiversity and the overall health of the entire planet Earth.

In 2016, the government of Ghana announced that it had plans of mining bauxite under the forest which means it will be depleted to a great extent.

Global manufacturing companies BMW Group, Tetra Pak & Schüco in addition to Leonardo DiCaprio have all expressed their concerns over the mining of aluminium at the spot. 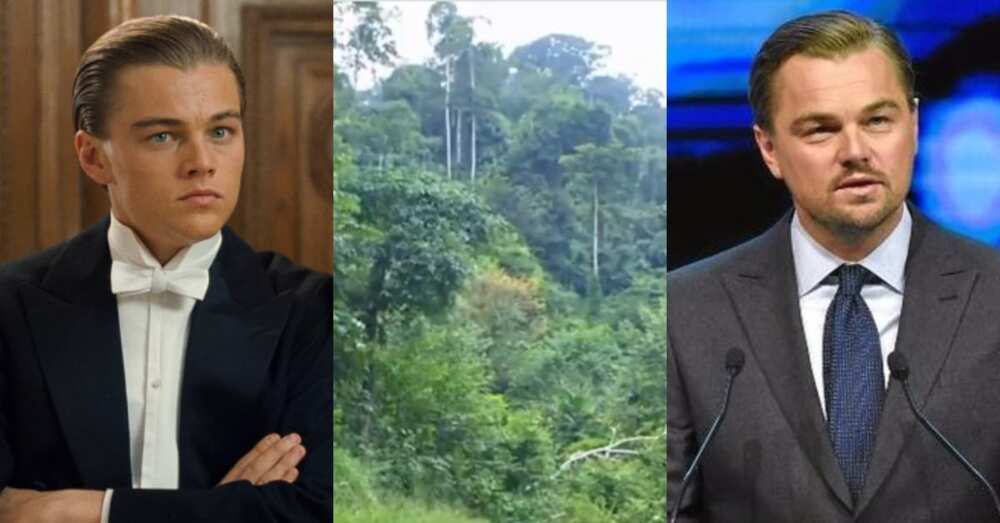 Instead, they have urged Ghana to rather turn the forest into a national park which is estimated to yield much more returns than the mining of bauxite.

In a related story about the Hollywood star, Bioreports reported that colleague Brad Pitt revealed Leonardo DiCaprio’s pet name for him. According to the actor, DiCaprio calls him ‘lover’.

I killed Goliath: Davido finally replies US rapper who accused him of copying his slang

Pitt made the disclosure to PeopleTV on the red carpet ahead of the 26th Screen Actors Guild (SAG) Awards.

“Lover. He calls me Lover. It’s a bit confusing, but I roll with it.”

5 Nigerian celebrities who have good relationships with their step children