There was a late drama at the Stamford Bridge on Saturday afternoon, October 17, after Southampton forced Chelsea to a 3-3 draw, courtesy a late strike by Jannik Vestergaard.

Timo Werner opened the scoring on the quarter-hour mark with a stunning goal from having dummied and then ran on to the ball, beats more men and then fired into the bottom corner for his first Premier League goal. 1-0 Chelsea.

And it was 2-0 in the 28th minute after Jorginho played a wonderful ball over the top and Werner beats his man to it. The German then nodded over McCarthy before tapping home 2-0 as he completes his brace.

Chelsea would have scored their third goal moments later after an excellent Chilwell corner found Zouma whose header was saved by McCarthy.

However, the Saints came back into the game after Havertz fluffed the ball in midfield and then the pass slid through to Ings; he rounded Kepa and tapped home to make it 2-1 and both teams went into the break with the Blues ahead.

Southampton looked more desperate right from the start of the second half and they restored parity in the 56th minute after Zouma made a silly mistake Kepa then misses the ball to allow Adams tap home the equalizer. 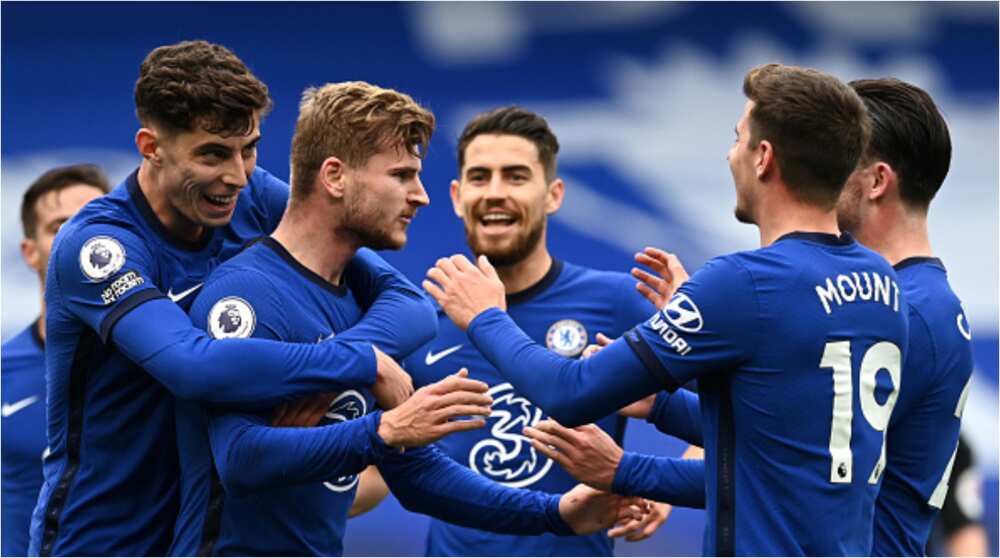 The Blues were back in front again as Chelsea broke through Werner and Pulisic on a counter, the German released the ball to Havertz to tap home. 3-2.

However as it seemed like Chelsea would take all three points, a late strike by Jannik Vestergaard ensured the spoils are shared. It ended; Chelsea 3-3 Southampton.

Meanwhile, Bioreports earlier reported that Everton’s unbeaten run was on the verge of coming to an end against Liverpool on Saturday afternoon, October 17, only for Jordan Henderson’s goal at the death to be disallowed in a match that ended 2-2.