Ravens up to 18 on COVID-19 list after new adds

– Tottenham will take on Man United in their next EPL clash on Sunday, October 4

Lucas Moura’s first half strike was not enough to secure Tottenham Hotspur victory as Newcastle staged a comeback to secure a 1-1 draw on Sunday, September 27.

The two sides came into the match in spectacular shape, having lost just a single match in their last four fixtures.

Spurs’ defeat came in their 1-0 loss to Everton in their season opener, with Newcastle’s loss happening against Brighton.

But in a bid to get their campaign back on track, the two sides have registered a couple of fair results, with Newcastle demolishing Morecambe 7-0 in their Carabao Cup.

However, the Magpies struggled against Jose Mourinho’s men, as Spurs dominated proceedings through the encounter.

Spurs should have put the game to bed in the first half, but they were a little unlucky as Son Heung-Min rattled the woodwork twice. 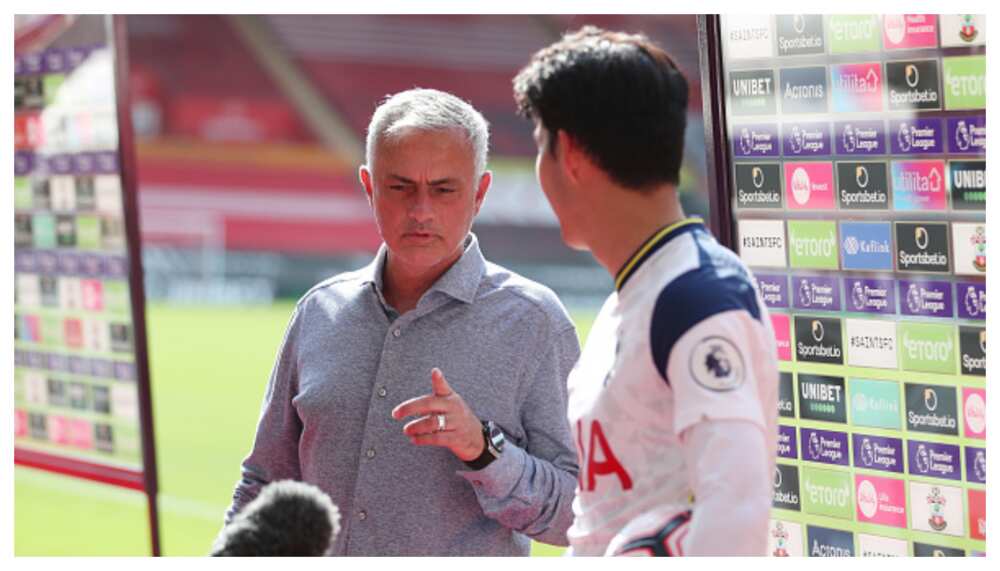 But Moura’s 25th strike was the only difference, with neither side finding the back of the net afterwards until late into stoppage time.

The goal was the striker’s first league goal since December after enduring a difficult spell.

The closing stages of the tie saw Spurs and Newcastle make desperate appeals for a penalty, but it was the visitors who were awarded after Eric Dier was adjudged to have handled the ball.

Callum Wilson stepped up to take the effort, hammering home to level matters at the death.

The match eventually finished in a 1-1 draw, with the two sides sharing the spoils.

Meanwhile, Bioreports earlier reported that Leicester City on Sunday, September 27, continued their fine start to the new season as they demolished Manchester City 5-2 at Etihad Stadium.

City were looking to build on their 3-1 victory over Wolves in their season opener.

However, Leicester, who are yet to suffer defeat in the league gave them no chance as they staged a comeback to earn a huge victory with Jamie Vardy who got a hat-trick in the 5-2 rout.